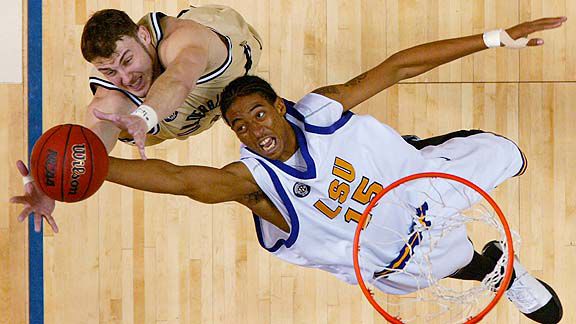 With their first-round pick, the Maine Red Claws selected Magnum Rolle.The NBA Development League held its 2010 draft Monday night and the Maine Red Claws filled out their roster with nine selections, including top choice Magnum Rolle, an LSU product who played alongside Glen Davis on the team's 2006 run to the Final Four (he later transferred to Louisana Tech for his junior and senior seasons).

Rolle is a former second-round pick (51st overall) of the Oklahoma City Thunder in the 2010 draft. He was traded to the Indiana Pacers, where he signed a non-guaranteed deal and, despite a solid summer showing, was among the final cuts.