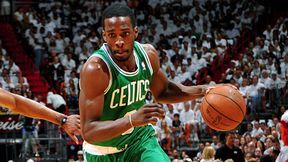 Despite inking a one-year, $9 million contract at the start of free agency, Green has been held out of practice due to a medical red flag that appeared during his routine physical. Both the team and Green initially downplayed the significance, but Rivers admitted that each day that passes makes it a bigger issue in his mind, especially in a condensed preseason.

"It is a concern. It’s a big concern," Rivers said. "Whenever anything is red-flagged and they've got to redo [medical tests], you get concerned. But we just have to wait and see."

Rivers hinted the results of those follow-up tests might be in, but that consultation with additional doctors could be delaying the process. Asked how Green was handling the situation, Rivers admitted it was challenging for the player.

"Not great. One of the reasons he came in the day before [camp started last week], the one thing he wanted to do was start early and not fall behind," Rivers said, "because he felt like that really hurt him when he was traded. So obviously you can imagine he’s a little frustrated."

Rivers said the team hoped to know more as early as Wednesday evening or Thursday morning.

The team is scheduled to practice at TD Garden on Thursday afternoon. Green has missed the team's first six practices. He has been on the court shooting before practices and observes from the sidelines at times, but has not been cleared for full contact because of the medical issue.

On Tuesday, Green downplayed any worries about his health.

"I'm all good," he said. "People are spreading rumors, trying to assume that I'm some kind of way but I'm fine."