The Celtics will cram 66 games into a 124-day span during this condensed 2011-12 season. Given the veterans on his roster, coach Doc Rivers tries to give his team as much recovery time as possible, which doesn't leave a lot of available time for practice. 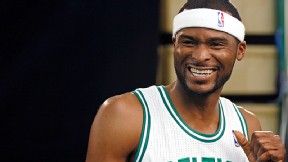 Not a lot of practice time means new faces like Keyon Dooling are learning on the fly.Take this opening week for example. The Celtics dropped three games in four nights -- all on the road -- and after Wednesday's defeat in New Orleans (in which the tank was clearly on empty), Boston flew back home, arriving in the area at 4 a.m.

Rivers gave the team Thursday off to recover and, instead of reconvening early Friday for a more typical morning walkthrough, the team instead met at the arena in the late afternoon to go over its game plan against the Pistons. Those sessions tend to be breezier in nature with tip-off approaching, but Rivers was forced to use it to install offensive sets with no other time to do it recently.

"It’s needed because of lack of practice time; You have to use your walkthrough," he said. "We literally put in a set today. Just one option on it, but I would never do that in a normal regular season. But we have no choice with guys coming back off of injuries and just not a lot of practice time. I told them, 'We are going to mess [the new set] up, but we were absolutely going to run it [in Friday's game].' That gives us a chance [Saturday] to work on it, and by the third or fourth game, we'll have it in. That’s just the way this season is going to be."

The Celtics were scheduled to squeeze in some sort of film session/practice activity on Saturday afternoon before flying to D.C. and ringing in the new year in the nation's capital while prepping for the front end of a home-and-home against the Wizards.

But Rivers admitted the team is still trying to figure out how to maximize its time this season, especially in situations with travel after road games. After a late-night game in Miami on Tuesday, the Celtics got into New Orleans in the early hours Wednesday morning, only to have to play the second night of a back-to-back that evening. After that game, Boston flew home with another early arrival.

"We’re still working on how to do this schedule, even the flying," said Rivers. "Do you leave after the New Orleans game? Or do you stay and get a good night’s sleep in New Orleans? That may be an oxymoron. Those are the things we still have to figure out, because getting in at 4 a.m. is not healthy -- on back-to-back nights -- that’s not healthy, either."