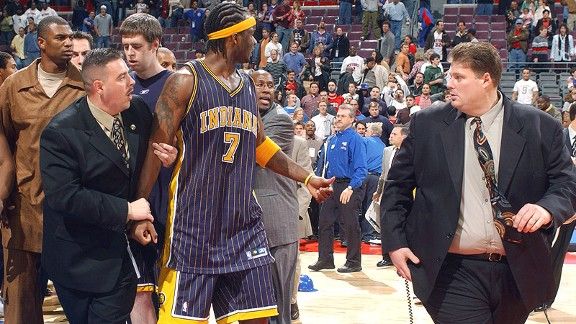 I felt like if I didn't leave — and it was one of the most difficult decisions that I had to make — then that organization would never be free of it. I've lived in that environment [in Indiana] where you can walk into a restaurant and there's so much love there that you get ready to pay your bill and your bill is paid already. Or anywhere you go, there's just so much love. I've seen that part. Those people, it's one of those hardworking small towns where people go to work every day and then they come home and turn their TVs on and watch those games because those games are a part of their lives. And they kind of live through that with all the tough times that they are going through. Indiana is one of the hardest-hit unemployment states in America. So, these people are going through a lot, and having to deal with that type of stuff is hard. It was a very unhappy situation, I could tell, for everybody — we needed to start over. I didn't want to [leave] because I always wanted to finish my career there. That's why I'm extremely proud of what they're doing this year, because now the fans have something to be happy about again.