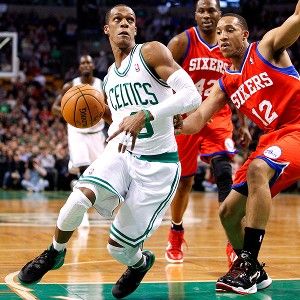 The All-NBA teams were chosen by a panel of 120 sportswriters and broadcasters throughout the United States and Canada. Panelists voted for All-NBA first, second and third teams by position with points awarded on a 5-3-1 basis.

Rondo, named to the All-Defensive second team on Wednesday, is the first Celtics player on the All-NBA teams since Pierce landed on the second team for the 2008-09 season. Kevin Garnett (first team) and Pierce (third team) were also All-NBA during the 2007-08 championship season.

A look at the voting totals (first-team votes in parentheses):