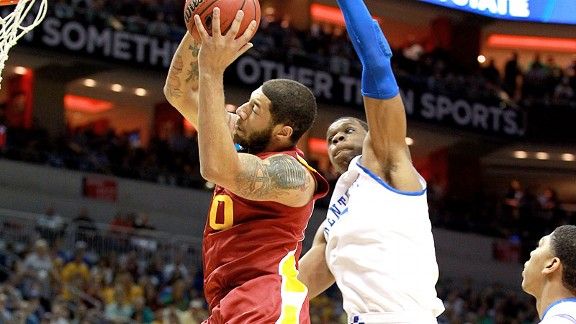 Do the Celtics have eyes on Iowa State's Royce White in next week's draft?ESPN.com NBA Draft guru Chad Ford noted earlier this evening that Iowa State forward Royce White had pulled out of his remaining workouts and, given that he has no apparent injury, it raised speculation that a team had promised to draft him in the middle-to-late portion of next week's draft.

Later, Ford Tweeted that the promise is likely from the Celtics, who have back-to-back picks (Nos. 21 and 22). Ford has often had White pegged as a potential Celtics selection in recent mock drafts.

The question, of course, is whether White will climb at all before Boston has a chance to select him. What's your take? Is White a good fit for Boston? Sound off in the comments.