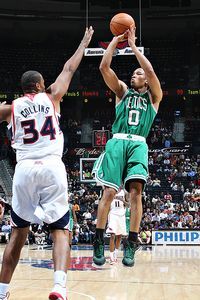 With restricted free-agent center Greg Stiemsma prepared to sign an offer sheet with the Minnesota Timberwolves -- one the Celtics appear unable to match due to salary-cap constraints -- Boston has moved quickly to add a legitimate 7-footer to their frontcourt rotation.

The 33-year-old Collins, a veteran of 11 NBA seasons, gives Boston a defensive-minded big man who can give quality minutes off the bench. Collins' offensive game is much-maligned and, for his career, he's averaged 3.8 points and 3.9 rebounds per game. In 30 regular-season games with the Hawks last season, he scored a mere 39 points, but was a pest against the Celtics in the teams' first-round series because of his defense (and occasional offensive burst).

Collins allowed a mere 0.748 points per play last season, ranking in the 88th percentile among all NBA players, according to Synergy Sports data. He's stout in the post and can defend the pick-and-roll. Able to match up with players of all shapes and sizes, Collins has the potential to thrive in Boston the way Stiemsma did when he settled into the team's defensive system, though Collins is not as much of a shot-blocker or rebounder.

Collins also owns 95 games' worth of playoff experience during his time with New Jersey and Atlanta.

The Celtics will pay $854,389, while the league will pick up the rest of his $1.35 million salary as a veteran with 10-plus years of experience. For Boston, it's an economical way to fill out the roster while adding a much-needed big man.