If BirthdayGate has reminded us of anything, it's that Rajon Rondo is an extremely polarizing figure. Fans seem to either love him or hate him, and there appears to be very little middle ground. 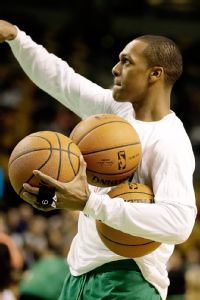 Some may criticize his methods, but Rondo wouldn't be Rondo if he didn't have his quirks.So Rondo apologists and Rondo haters spent much of Thursday shouting at each other over the interwebs and airwaves amid the fallout from Rondo's decision to skip the team's trip to Sacramento, Calif., and celebrate his birthday in Los Angeles last weekend.

We've already told you how we feel about this. The CliffsNotes version: It didn't look good, Rondo probably should have just offered a simple public apology noting that he didn't intend to upset his teammates or the organization with his decision, and the narrative would have instantly shifted to "Hey, this kid is growing up!" Instead, Rondo remained defiant after Wednesday's game and his critics spent another day treating him like a piñata.

It's funny how often I hear it, from friends to strangers to people in the Celtics' organization: What do you think of Rondo?

The question almost never has anything to do with basketball. Everyone wants to know what those of us who are around Rondo glean from those interactions.

My answer is pretty standard: He could be a little quicker after games, but I actually enjoy his quirkiness.