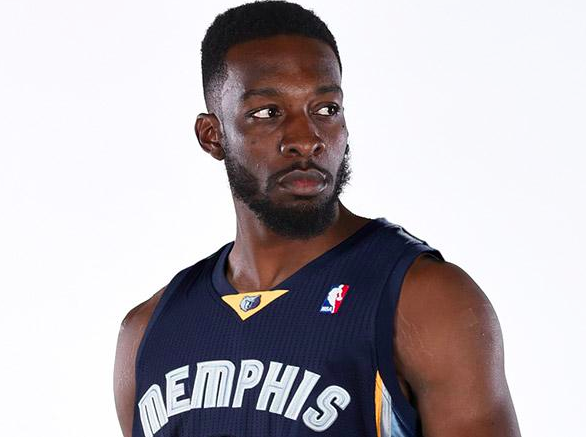 A glimpse of Jeff Green in a Grizzlies jersey.MEMPHIS, Tenn. -- The NBA has approved a five-player trade between the Memphis Grizzlies, Boston Celtics and New Orleans Pelicans that includes forward Jeff Green going from Boston to Memphis.

The Grizzlies and Celtics announced the deal Monday.

In the trade, the Grizzlies send forward Tayshaun Prince to Boston and forward Quincy Pondexter to New Orleans. The Grizzlies also acquired point guard Russ Smith, a 2014 second-round pick, from New Orleans, and a traded player exception. The Pelicans send Austin Rivers, the 10th overall pick in 2012, to Boston in the deal.

Memphis also sends a 2015 second-round pick to New Orleans and a protected future first round pick to Boston.

Green is expected to provide more offense for Memphis, which is tied with Houston atop the tight Southwest Division.