Boston is 7-1 this season when Stevens wears a tie, and a mere 3-6 when he does not. Call it happenstance if you prefer but with 20 percent of the season completed, the data can no longer be ignored.

What's harder to decipher is when and why Stevens wears a tie. He never has gone more than two games in a row with the same look. He doesn't stick to any discernible pattern based on location, or what jersey his players are wearing. He has blown off Wear a Tie Wednesday and brazenly busted out neckwear on Casual Fridays.

After Monday's tie-clad win in Miami -- with South Beach being maybe the most preposterous NBA location for neckwear -- we decided it was time to confront Stevens on his tie habits. So, Coach, how do you decide if you're going to wear a tie or not on gamedays?

"I don't even know," shrugged Stevens.

Are you superstitious at all?

"I'm not superstitious at all," he replied, stonewalling our initial efforts.

Are you aware of your team's record when you wear a tie this season?

"I don't know my record with the tie, but I know that's being bantered about," Stevens said. "I also know that, when you lose however many games good teams lose in this league -- what is it, if you win 50, you lose 32 -- like that's 32 ways to screw up being superstitious. I've lost all my superstitions. If I had any coming in, they're all gone." 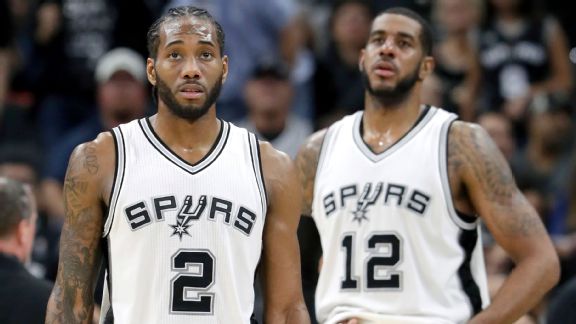 According to our Basketball Power Index, there was less than a one percent chance that Spurs, Clippers and Cavaliers would all lose. But they did.

• Stats: Upsetting night all around
• In Boston, tie goes to the winner
• J.R. Smith hugs it out. Oops.
• Porzingis: Whose team? Doesn't matter
• Tuesday's TrueHoop podcast

Fair enough, Coach. But your tie usage rate is off the charts this season. Stevens wore a tie only 17 times during the 81 regular-season games he coached last season or a mere 21 percent of Boston's schedule. This year, he has gone with a tie in eight of Boston's 17 games. So why the uptick?

"I just really enjoy formal attire," deadpanned Stevens, who probably would coach in windpants and a team polo if the league allowed it.

Stevens clearly wasn't going to divulge his neckwear habits. But we had to take one more shot at cracking the code. Did his kids, Brady and Kinsley, or wife, Tracy, happen to buy him some new ties before the season?

"No. I don't know why," Stevens said. "That's a great question. I'm going to try not to put any more thought into it."

Good luck with that, Coach. If the trend continues, every loss will be blamed on your pregame decision to ditch the tie.

Then again, Stevens is probably safe to not overthink things. His team was a mere 9-8 last season when he wore a tie. Late in the season he went almost exclusively tie-less and the team posted a 39-25 record with the more casual appearance.

Stevens must tread carefully, however. If the current trend continues, he is going to be bombarded this holiday season with ties from family, friends, fans, and everyone in the Celtics' organization. He might not be superstitious, but most of the sports world is insanely irrational.

Hey, you don't mess with success.