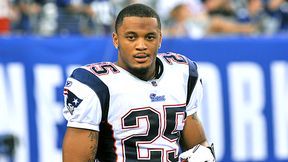 With the Patriots enjoying a bye week, we started Wednesday with a look at this year's rookie class through six games. That led us to look at the sophomore class on Thursday, and now we're putting the junior class -- third-year players on New England's roster -- under the microscope, most notably what remains from a 2009 draft that saw the Patriots select 12 players (only half of which remain with the team):

A look at the six players from the Patriots' 2009 draft that remain with the team in 2011:

The injury bug has chomped on the remaining members of the 2009 draft class this season. Chung has been the top performer, but even he needed thumb surgery after a Week 2 victory over San Diego and sat out a game while recovering. There's still time for Brace and Vollmer to establish themselves this season if healthy (and Vollmer has been outstanding his first two years in the league). Increased depth makes Edelman the team's sixth receiver and his biggest impact has come on punt returns the past two seasons.

A look at the six players from the Patriots' 2009 draft that are no longer with the team in 2011:

Butler's snaps dipped in Week 6, but his performance has exceeded what we saw in New England, while Tate is exclusively a returnman for the Bengals. The Patriots aren't necessarily missing any of these players, but it's also somewhat of an indictment of the 2009 draft that, three years later, New England wasn't able to retain half of the players it drafted (particularly three players in the top three rounds).

The Patriots boast five others listed as third-year players on their roster (including practice squad and reserve lists). Topping that list is backup quarterback Brian Hoyer, who's one injury away from being the go-to guy at quarterback. Safety Bret Lockett is on injured reserve for the third time in three years, while tight end Dan Gronkowski is healthy and trying to keep a spot on the Patriots' roster (he spent the last two seasons away with the Lions and Broncos. Cornerback Kyle Arrington and offensive lineman Ryan Wendell are both listed as third-year players, but each spent the 2008 campaign on an NFL practice squad, meaning they're more like fourth-year players overall.

[Your turn: Now it's your chance to sound off on the 2009 draft class. Identify which players have met, exceeded, or fallen short of your expectations by leaving your thoughts in the comments section.]