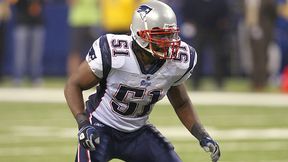 Jerod Mayo headlined the Patriots' 2009 draft.It started earlier this week with a progress report on the 2011 draft class at the Patriots' bye, but the last few days we've put other recent drafts under the spotlight with the benefit of time to better gauge New England's haul. Today, we examine the 2008 class -- the seniors on this year's Patriots squad, if you will.

A look at the Patriots’ 2009 draft class, which produced two of the team’s current captains, but no one else remains from the seven-man haul.

Does the home run that was the Mayo pick make up for the rest of haul? Despite four other picks inside the top 130, the Patriots currently have nothing to show for it. Slater has emerged as maybe the team's most valuable special teams player, but didn't catch his first NFL pass until this season. You get the feeling that had even just one more player panned out, this draft would be remembered much more fondly. That said, considering the Patriots had to forfeit their own first-round pick due to the SpyGate scandal, maybe emerging with two players that now serve as captains is a quality haul.

One thing to keep in mind: The Patriots might have whiffed on a few picks in the draft, but did a solid job swooping up impact players after the draft. Undrafted free agents that joined the team included running back BenJarvus Green-Ellis and linebacker Gary Guyton.

Your turn: What's your take on the Patriots' 2008 draft? Sound off in the comments.