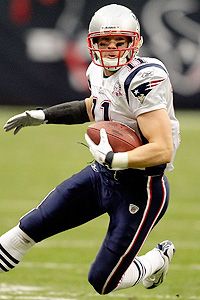 Just call him "Slash."PHILADELPHIA – Julian Edelman’s contributions to the Patriots’ 38-20 win over the Eagles came in four different areas.

Offense – Plays 23 snaps as the third receiver, mostly in the 3 WR/2 TE hurry-up package. His knowledge of the system coupled with Tom Brady’s comfort level with him earns him the time, although he has no catches and no targets.

Punt return – Has two for 13 yards, and adds a fair catch.

It’s no wonder that safety James Ihedigbo now refers to Edelman as “Slash.”