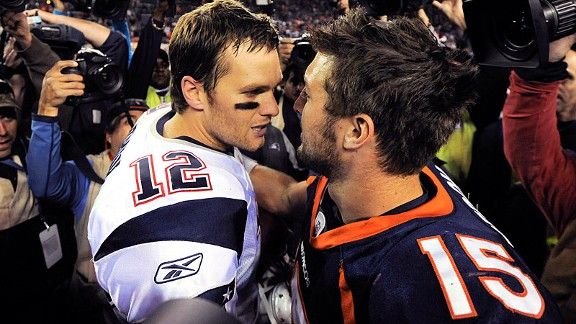 Brady and Tebow chatted for a few moments and the Denver quarterback was asked about their exchange after the game.

“He was very complimentary," Tebow said. "He was very nice. What a great quarterback and what a class act he is. And for a lot of young quarterbacks, he does a lot of great things to look up to and try to emulate.”

Belichick, who had met with Tebow before he was drafted, made sure to catch up as well.

“He was very nice. He said very nice things as well, and he’s always been very supportive," Tebow said. "He just said that he believes in me, and [to] keep fighting, and he’s proud of how I played and stuff like that. It’s very nice coming from a coach like that.”