Hold the phone: David Ortiz's farewell gift from the Orioles is a good call
5yScott Lauber
City manager? Bobby V in hometown mayor race
23h
MLB Power Rankings: Where does your team fall on our first list of May?
2dESPN.com
From an A-plus in San Francisco to two F's in one division: First-month grades for all 30 MLB teams
4dDavid Schoenfield
One good thing -- and one not-so-good thing -- about your favorite MLB team so far
Arizona Diamondbacks
1dBradford Doolittle
MLB Power Rankings: Which early surprise teams climbed into our top five?
9dESPN.com
Ball cap and gown? Fenway to host graduations
10dDavid Schoenfield
Real or not? Let's examine the biggest April surprise for all 30 MLB teams
10dDavid Schoenfield
Life after Mookie Betts: How the Red Sox are built to win without him
11dJoon Lee
Is Padres-Dodgers the new Yankees-Red Sox? Ranking MLB's best rivalries right now
15dDavid Schoenfield
MLB Power Rankings: Dodgers, Padres and then chaos reigns on our Week 3 list
16dESPN.com
April MLB lineup tiers: The Scary 6, an overrated offense and the struggling Yankees
17dDavid Schoenfield
The one position that most haunts all 30 MLB teams
12dBradford Doolittle
Sep 22, 2016

BALTIMORE -- Talk about a good call.

Remember the dugout phone David Ortiz smashed with his bat in an all-time temper tantrum on July 27, 2013, at Camden Yards? Well, to mark Big Papi's final regular-season game in Baltimore, the Orioles on Thursday night presented the Boston Red Sox designated hitter with the remains of the phone, missing half of its cover and mounted on a piece of wood.

One of @davidortiz's closest friends presented him with the very same phone he destroyed 3 years ago! ☎#ThanksPapi pic.twitter.com/WzWZmgclw1

Ortiz laughed when he received the phone from Orioles center fielder Adam Jones, one of his closest friends in baseball. But he didn't appear amused moments earlier when video of the tantrum appeared on the scoreboard at Camden Yards. 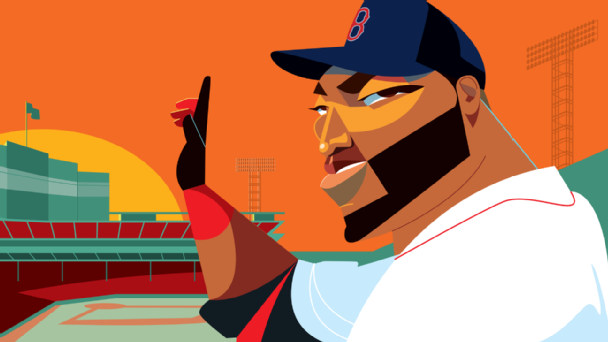 Ortiz destroyed the phone after disagreeing with home-plate umpire Tim Timmons over two called strikes in the seventh inning of a 7-3 Red Sox victory. He was fined $5,000 but not suspended for the incident.

Coincidentally, Timmons was in the ballpark Thursday night, too, umpiring at first base in the finale of a four-game series between the Red Sox and Orioles.

According to the Orioles' Twitter account, the team considered poking fun at Ortiz by showing a video of his frequent strikeouts against former Baltimore lefty Brian Matusz. Instead, the O's opted to show a video of Ortiz's most memorable home runs against the New York Yankees, "something both @Orioles and @RedSox fans can enjoy."

Who could forget David Ortiz's most destructive hit at Oriole Park? Our visiting dugout phone! pic.twitter.com/mGSTHEOuYE

Asked if he found humor in the Orioles’ gift, Ortiz didn’t say much.

“It was all right, man,” Ortiz said. “You know, just thank Baltimore for the memories and see you in the playoffs.”

Ortiz has been an Orioles killer over the years. He has eight home runs against them this season and 30 in his career at Camden Yards, second most by any visiting player in the history of the ballpark.

The Orioles also made a $10,000 donation in Ortiz's name to the World Pediatric Project to help critically ill children in the Dominican Republic.