The exact moment came with 8.9 seconds remaining in the Chicago Bulls' 102-95 defeat to the LA Clippers on Saturday night, but the frustration volcano that erupted after Hoiberg's first ejection had been brewing for more than an hour.

The Bulls, once the proud owners of a 19-point first-half lead, gave it all back against the team with the NBA's best record in a game that will haunt them for a while. They couldn't finish off a tired Clippers team playing on the second night of a back-to-back. And they couldn't hit shots, going 4-for-18 in the fourth quarter, when it mattered most.

Fans will argue that the turning point came when Bulls swingman Jimmy Butler was whistled for a questionable foul call on Clippers forward Blake Griffin with 20.8 seconds left in the game, giving the Clippers a four-point lead they wouldn't relinquish and setting Hoiberg off to a point where he would be tossed moments later. But the tenor of the game changed over time -- even if the Bulls didn't get the benefit of the doubt on the Butler foul late and referee Marc Davis had a quick whistle as the final seconds ticked off.

The Bulls lost this game in large part because they didn't get much help from their bench all night. Jerian Grant, Isaiah Canaan, Nikola Mirotic, Bobby Portis, Denzel Valentine and Cristiano Felicio combined to go 5-for-18 from the field for 15 points and grabbed just six rebounds. Compare that to the production from the Clippers' bench, which managed 33 points and nine rebounds and went 12-for-27 from the field, led by Marreese Speights' 16 points.

Without Michael Carter-Williams (knee/wrist) and Doug McDermott (concussion protocol), the rest of the roster has to pick up the slack. What was obvious against the Clippers was that the reserves aren't up to the challenge.

Speights was the game-changer, making three of his four shots in the fourth and spacing the floor for the Clippers.

Hoiberg, who only played Robin Lopez nine seconds in the fourth quarter, explained his rationale after the game.

"Marreese Speights hit a lot of shots out there," Hoiberg said. "He was picking and popping. We felt with that, we needed two guys that could back out to them. That's why we had Bobby out there on the floor in the fourth quarter." 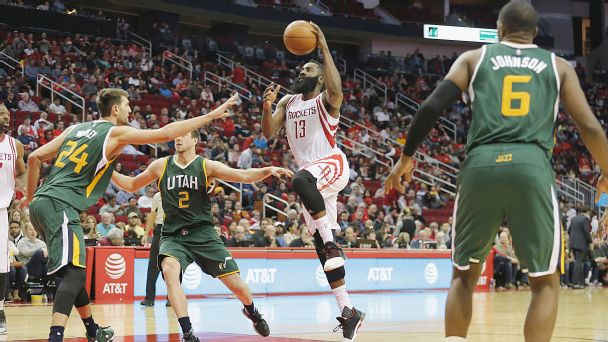 Hoiberg has earned criticism throughout his first year-and-a-half on the job for questionable in-game decisions, but to blame Hoiberg completely for Saturday's meltdown would be shortsighted. With Taj Gibson already locked onto Blake Griffin, the rest of the roster didn't leave Hoiberg with many options. If he didn't believe that Lopez could keep up with Speights, he certainly didn't believe that Felicio was up to the task. McDermott wouldn't have made a difference, because he is a poor defender who lacks foot speed. Carter-Williams might have helped, but he would have been bullied down on the blocks by the bigger Speights. And Valentine hasn't shown much in his brief minutes this season.

So that leaves Mirotic -- who shot 1-for-6 from the field on Saturday and who also is a poor defender -- or Portis. Hoiberg went with Portis, who hasn't played well when given more opportunities this season.

Speights made the Bulls pay.

"Bobby's going to go out there and battle," Hoiberg said. "For the most part, he's an excellent rebounder. Again, with them spacing the floor the way that they were having to have Taj guard Griffin, we felt that we needed a guy that could close to Speights, and we felt Bobby was that guy."

Portis, whom Hoiberg called an "excellent rebounder," only had three rebounds in 20 minutes on Saturday and missed a box out on Speights in the final minute that would have given the Bulls the ball back with a chance to tie the game. Portis is averaging just 3.3 rebounds a game.

The reality for the Bulls is that Mirotic has regressed badly in the last season-and-a-half. And he lacks confidence. Portis has also regressed after showing signs of promise in his rookie season.

Hoiberg should be blamed for some of his rotation patterns, but Saturday's performance offered an argument as to why Bulls executives Gar Forman and John Paxson deserve culpability for such a loss, as well. When the Bulls play against teams in the upper echelon of the league, they can't continue to rely on Dwyane Wade and Butler to carry the weight every night. They need contributions from up and down the roster. Those flaws at the back end of the roster might not show against teams like the Utah Jazz or the Portland Trail Blazers, the two teams the Bulls already beat earlier in this road trip, but they will show against an elite group like the Clippers.

The Bulls might bounce back with a game against the Los Angeles Lakers on Sunday night, but if fans are looking to blame someone for Saturday's loss, the finger-pointing has to go deeper than just Hoiberg. The roster doesn't have the kind of depth it needs -- and the mantle of that responsibility belongs more to Paxson and Forman than it does the second-year coach.