OKLAHOMA CITY -- Long after he had dropped 28 points in 30 minutes during the Chicago Bulls' 128-100 win over the Oklahoma City Thunder, All-Star swingman Jimmy Butler dug deep into his repertoire for an answer.

The game itself hadn't fazed the 27 year-old; he dominated in leading his team to one of its most impressive wins of the season. It was a question in the happy postgame locker room that had the smiling Butler using his best moves of the night. When asked why his name continues to be brought up in so much speculation on and off the floor in the past few weeks, Butler knew how he wanted to answer.

"Probably because I talk a little bit too much," he said. "But in the wise words of Harvey Dent, you either die the hero or you live long enough to become the villain. I think that the [chatter] is what it is. But I'll continue to be who I am."

Despite all the speculation regarding his future, Butler, whose name continues to pop up in trade speculation, put on a show Wednesday in a game that brought the Bulls back to a 25-25 mark on the season. Not only was his offensive output impressive, Butler limited Thunder star Russell Westbrook to just 10-for-23 shooting from the field, staying in front one of the league's most exciting players throughout the night.

The Bulls' performance in the second half was so complete, they outscored the Thunder 73-53 in the final 24 minutes, that Chesapeake Energy Arena fell almost silent as the fourth quarter ended. It was a quite an achievement for the Bulls given how loud the building usually is and how much the group has struggled recently.

"It's good," Bulls guard Dwyane Wade said of the lack of noise. "Because we've played a road game recently where it was quiet on the bench in the second half. And we got blown out against Atlanta in Atlanta so it's good to be on the other side where you got a big lead. And your only job is to play aggressive and protect the lead. So we did a great job of closing a half to really get ourselves some comfort coming out into the third quarter and then we continued in the second half, in the third quarter so -- one of our better wins of the year from start to finish. Taking care of business. It's a good way to start this trip off." 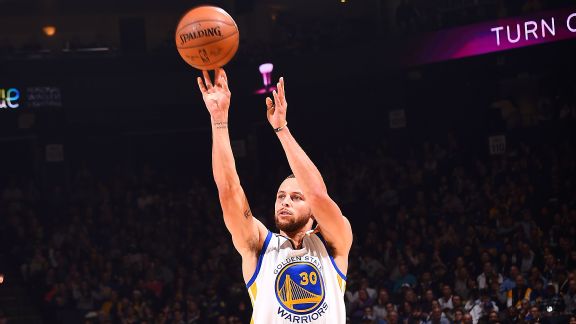 Butler said he was hopeful that after so many ups and downs this season, this win might finally serve as a springboard into a few more at the start of such a tough trip.

"We got to start winning games," Butler said. "Stringing together games. I don't know if we've won three or four in a row all year. I'm sure coach will let us know, but it's about time we start pulling away over in this Eastern Conference."

The tension which has hovered over the Bulls in recent weeks after Butler and Wade called out their teammates, and veteran guard Rajon Rondo called out Butler and Wade seemed like a memory after this win. The Bulls played like a unified team on the floor, racking up 25 assists, and like a happy family off of it. Rondo winked and smiled from a nearby locker after Butler's Dent reference.

Can they keep up the momentum in the near future? It's doubtful given how they've played so far this season, but the Bulls have proven that almost anything is possible.

"I've really been impressed with how the guys have bounced back after a tough week," Bulls coach Fred Hoiberg said. "There's been so much negativity about our team. And our guys have stuck together and hung in there. A lot of things happened that probably needed to happen last week and guys got things off their chest and we responded. It started on the practice floor. Our guys have had very spirited workouts in there. There's been a lot of competition and it's carried over to the games."