WASHINGTON -- It would be easy to find issues with the Chicago Cubs' 5-4, 12-inning loss to the Washington Nationals on Wednesday, but the fact is, there were as many positives as negatives in the series-deciding defeat. Yes, the Cubs dropped two of three this week to the second-place team in baseball, but manager Joe Maddon wants you to know all is well.

“I’m really happy with our guys," Maddon said after the game, "and if you’re a Cubs fan you should be happy with your ballclub.”

Are you happy the bullpen blew two late leads? Of course not. But the Nationals blew one as well. Is it tough to watch the opposition steal at will on the Cubs? Again, of course. But as Maddon pointed out, it hasn’t really come back to haunt them (although the Nationals did push across a run in the first inning after Ben Revere stole second base).

“We’ve been trying [to improve],” Maddon said. “It is what it is. So far our record is pretty good, so it hasn’t hurt us a lot to this point.”

The Cubs chose to focus on the atmosphere surrounding the series instead of the fact they lost it. The final tally over three games favored the home team by a slim margin, 12 runs to nine.

“Hard-fought series on both sides,” starter Jason Hammel said. “An October preview, maybe. The two best teams in baseball going at it. Exchanging punches. It was exciting. We had our chances, and they answered back.”

Hammel was another positive, as he and Maddon agreed it was the best his fastball has looked. Hammel matched $175 million man Stephen Strasburg pitch for pitch, and in doing so lowered his ERA to a sparkling 2.26. Hammel referenced October, while Anthony Rizzo tried to stop short of saying the "P" word but couldn’t.

“I don’t want to -- I guess I will say it,” Rizzo said. “It kind of had that playoff feel. You can’t ever take anything for granted there. That was a fun game. A crazy game. The type of games you see in October.”

Rizzo thought he had it won with a ninth-inning two-run home run off lefty Oliver Perez, only to see Hector Rondon blow his second save opportunity in two nights. An inning earlier the Nationals had taken their first lead, on a Stephen Drew pinch-hit home run off of Pedro Strop. It was a club-record ninth pinch-hit home run this season, so it’s not just the Cubs who bring some baseball magic to the table. All week Maddon referenced how much Washington under Dusty Baker mirrors his own team.

“Neither team wants to lose,” Maddon said. “Both teams are totally invested.”

Let’s not forget how youth was served in the final two games of the series. On Tuesday night it was 22-year-old Albert Almora Jr. driving in 22-year-old Addison Russell with the winning run. On Wednesday, Russell returned the favor in the 12th inning after Almora reached. These guys are babies performing on the biggest stage -- but the Cubs still lost the game. 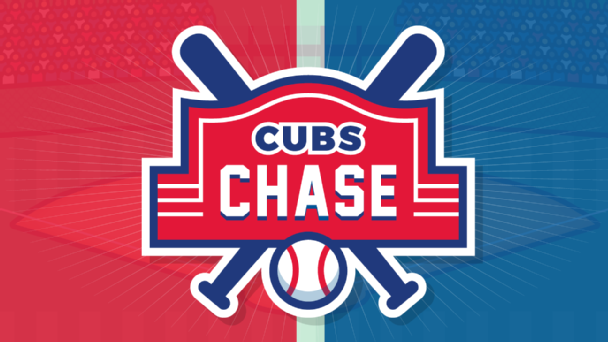 “Rather have this game in June than later in the season,” Rizzo said.

It brings us to the one potential negative that can’t be avoided. The bullpen gave back the game on Wednesday, and it nearly did the same the night before. But here’s what we know: The pen won’t look the same six weeks from now. That’s a fact. The Cubs already are gobbling up arms, including the former No. 4 overall pick in the 2008 draft, lefty Brian Matusz. They also have former All-Star closer Joe Nathan waiting in the wings. There’ll be more, but the Cubs can survive until those guys are ready or other deals are consummated. That’s what a big lead gives you -- some space.

For now the team chooses to look at the bright side. They lost a hard-fought series to a team that has 41 wins, just three fewer than the Cubs do. Chicago is on pace for about 111 wins, while the Nationals would claim 101 victories if they keep things going. There’s no difference in those totals when it comes to October. None. The Cubs would be best to fortify their bullpen, and when they do, maybe they’ll eke out more of these playoff-type games. For now, they’ll live with what they have.

“There’s nothing to cry about,” Maddon said. “They beat us. That happens sometimes. You can’t dissect it any further than that.”