CINCINNATI -- The Cincinnati Bengals' rushing attack played with little to no leverage at the beginning of the season.

Those were some of running back Joe Mixon's rushing yardage totals, one season after he led the AFC in rushing. But after Cincinnati overhauled its run scheme, Mixon has posted a couple of 100-yard performances. 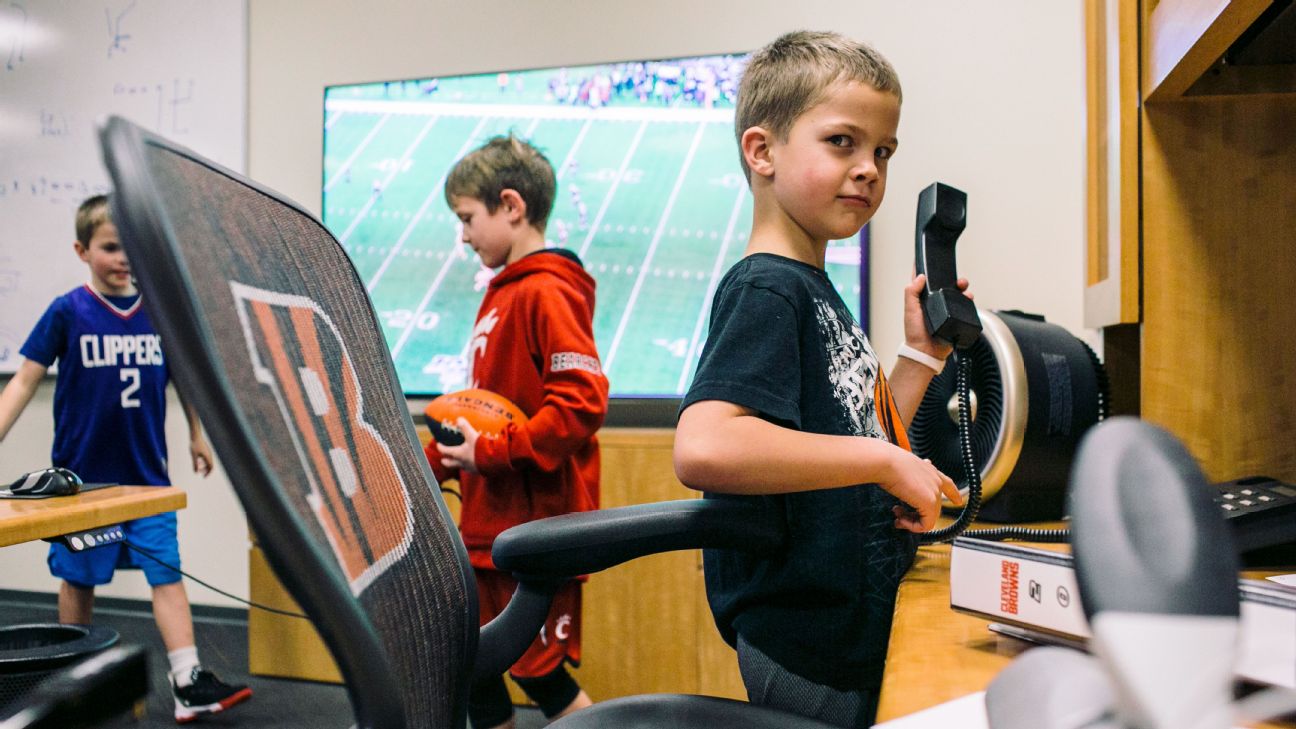 Every Monday night the Bengals coaches' wives and children descend on the office to spend some family time together, a brief but welcome respite from an all-consuming job. Story »

And suddenly, the leader of the Bengals' rushing attack is positioned to carry the most leverage into the offseason. After an unproductive start to the season, Mixon needs 75 yards to surpass 1,000 rushing yards for the second consecutive season.

If Mixon accomplishes the feat during the Bengals' next two games, the third-year player out of Oklahoma will be armed with a strong data point as he enters a potentially significant offseason. With only one year left on his rookie deal, it could be time for Mixon, who will be 24 next season, and the Bengals to head to the negotiating table for a new contract.

And it's hard to argue against it.

"He probably is the best back in the league," said Patriots coach Bill Belichick after Mixon's 136-yard game in the Week 15 loss to New England. "He runs so hard and is so hard to tackle."

While Belichick's comments are tinged with hyperbole, it’s a notable statement considering how the season started for Mixon and the Bengals. After the first eight games of the season, Mixon had 320 rushing yards, the fewest of any running back with a minimum of 100 carries, according to NFL Next Gen Stats. He was also stuffed on 27.7% of his runs, which led the group in that category.

But a change in the blocking scheme and an emphasis on attacking the edges of the line of scrimmage have flipped Mixon's season. Since Week 10, Mixon leads the NFL in rush attempts (130) and is tied with Cleveland's Nick Chubb for the second-most rushing yards (605). Mixon's stuff rate has been cut in half to 13.1%, per NFL Next Gen Stats.

Cincinnati's offensive line has been the object of criticism for much of the season. That perception isn't lost on Mixon. On Dec. 4, before he put together back-to-back 100-yard performances, Mixon audibly wondered what a 1,000-yard season will represent to those unimpressed with the Bengals' blocking.

"You get that, that makes everything a lot better for me and what I accomplished this year," Mixon said. "I think it will be a great thing to people who claim our line is so terrible."

Mixon said he doesn't believe the line is bad and praised the unit after the loss to New England, but he makes a valid point. For those who believe the Bengals have been subpar in creating holes for Mixon, this season could be more impressive than his 2018 performance.

And equipped with that bargaining chip, Mixon could ask for a new contract like the Cowboys' Ezekiel Elliott or the Chargers' Melvin Gordon. It's also worth mentioning that both players were holdouts earlier this season as they entered the final year of their rookie contracts.

Elliott didn't show up in Dallas until he signed a six-year, $90 million extension before the season. Gordon ended his holdout midseason without a new deal. After Elliott and the Cowboys came to an agreement, Mixon said running backs around the league were thrilled.

Mixon, who is set to make $1.2 million in base salary next year, could follow suit. If he breaks the 1,000-yard plateau this season, he could argue he's worth the investment as Cincinnati looks for cornerstone pieces for its rebuilding process.

Said Bengals coach Zac Taylor: "I'm very happy that he's here and that we have him."