When LeBron James takes a breather, Cavs continue to fall flat
3yDave McMenamin
Next moves for the Cavaliers: Drummond and Love questions
1dBobby Marks
NBA individual awards won't include Orlando play
27d
What if LeBron, Messi, Serena and Aaron Donald faced off in tug of war?
21dESPN
Sources: NBA in talks on non-playoff 'bubble'
42dJackie MacMullan
Report: Cavs agree to 2-year deal with Bell
45d
Three days in July around The Decision: Inside the maneuvers that transformed the NBA
45dBrian Windhorst
Drummond to pick up option to stay with Cavs
51d
Mar 10, 2017

That is to say, James cannot play 48 minutes a game. And it seems to be, especially after seeing Thursday’s 106-101 loss to the Detroit Pistons, that Cleveland is hopeless and helpless whenever James does less and plays less.

If James could go full cyborg and never take a breather, the Cavs might be vying for the best record in the league, as Cleveland outscores its opponents by 7.1 points per game in the minutes James plays.

It’s just those pesky times he sits that the problem pops up.

Sometimes the plus-minus stat for an individual game doesn’t tell you much; a player can be on the court tripping over his own sneakers while his four teammates get hot, and he’ll share the wealth when it comes to plus-minus.

James’ plus-18 against Detroit from his 29 points, 13 rebounds and 10 assists for his eighth triple-double of the season (a new season-high for him), while he threw down seven dunks (tying a career high as he rattled the rim the most times he has in a game in eight years) was completely representative of his impact on the night, however.

The Cavs built a 27-12 lead in the first quarter, then James was subbed out with 1:55 to go. By the start of the second quarter their cushion was down to seven. The Cavs held that seven-point lead heading into the fourth quarter after James played the entire third, but in the 3 ½ minutes he rested to start the fourth, the Pistons went on a 12-0 run to take back control of the game.

“Just got to trust the coaching staff, got to trust my teammates, that’s what I’ve always done my whole career,” James said when asked about his instinct to check back in when he sees leads disappear like that. “Some games there’s going to be games when I wish I was out there while a team was making a run like tonight. But it’s some games our team put together a run of our own and I’m sitting on the bench. I just trust my teammates that they’re going to make the right plays, and hopefully it comes out for the best for us.”

It’s nothing new. When Oscar Robertson was asked by ESPN to share his biggest observation after sitting next to the Cavs’ bench for a home game this season, he immediately pointed out how the team always fell flat on its face when James was on the bench. 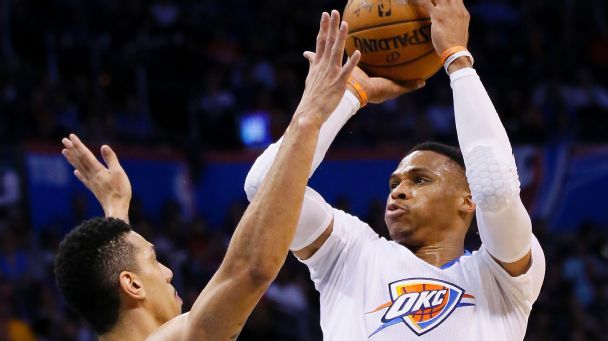 That terrible start to the fourth occurred with Kyrie Irving running the show. There were challenges Irving had to deal with -- the lineup he shared the court with was made up of two new players (Derrick Williams and Deron Williams), one player back playing for the first time in nearly three months (J.R. Smith) and Tristan Thompson.

And it was outside of Irving’s normal routine of sitting to start the fourth quarter, but Cavs coach Tyronn Lue had to do that after playing James the entire third.

“Just got to be even more well-prepared for whatever T. Lue is throwing out there,” Irving said. “Being able to execute and being able to demand excellence from the guys I have on the floor. Just really playing with a great pace and defensively being solid. Tonight, I didn’t set the tone. That’s what happens.”

The loss shouldn’t be entirely on Irving. He scored 27 points to extend his streak to 13 games with 20 points or more -- the longest of his career. And while he was a minus-seven, Smith was a minus-28 in 19 minutes, and Thompson was a minus-22 in 26 minutes as the Pistons' Andre Drummond had 20 points and 16 rebounds to his four points and four boards. Not to mention that Kevin Love (knee) and Kyle Korver (foot) were out.

No, the loss was on all of the Cavs who have gotten so used to relying on James that they forget sometimes what it’s like to get it done on their own.

“We’ll get better,” James said. “We’ve got to be more detailed in what we need to do to execute the game plan offensively and defensively. If we do that for close to 48 minutes, then we’re going to give ourselves a chance to win.”

Or, you know, if James starts playing 48 minutes a game. That would probably work too.