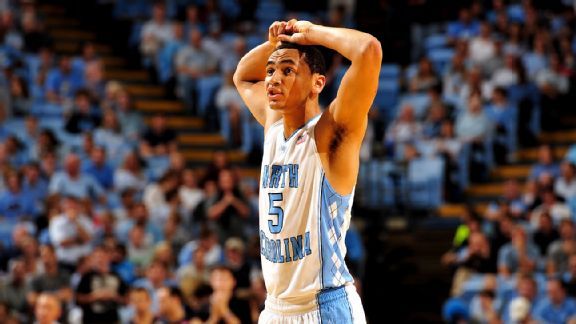 North Carolina has been frustrated by poor free throw shooting all seasonThe charity stripe has been anything but giving for the North Carolina Tar Heels this season.

The most recent example: Wednesday’s three-point loss to Texas in which the Tar Heels missed 23 free throws. But that was hardly an isolated incident.

Here’s a look at the struggles UNC has faced all season from the line:

UNC has missed 128 of 317 free throw attempts this season, an average of 12.8 a game. That is more than any other school in the country.

Most Missed Free Throws Per Game
This Season

Three of the four worst free throw shooting performances in the Roy Williams era have already occurred this season. The Tar Heels missed 26 free throws against Belmont, 23 against Texas and 19 against Kentucky. Back in 2011, North Carolina missed 20 free throws against Nicholls State.

What should be a strength is a weakness

Actually getting to the line has not been an issue for UNC – they have the highest free throw rate in the ACC, averaging at least one free throw for every two field goal attempts.

Converting from the line, though, has been another story.

The Tar Heels have the eighth-worst free throw shooting percentage in the country, shooting 59.6 percent. Nicholls State is shooting the poorest from the line among D-I teams at 55.6 percent.

Struggles from beyond the arc for the Tar Heels this season have forced them to go inside more often. This has only added to their woes, as their big men have had trouble from the line.

This season 13 percent of UNC’s total points come from the 3-point line, the lowest in the country. During Roy Williams’ title seasons of 2005 and 2009, 3-pointers accounted for 26 percent and 23 percent of the total points, respectively.

Two of UNC’s three starting forwards, James Michael McAdoo and J.P. Tokoto, have shot 54.4 and 38.5 percent from the line, respectively.

Though the team as a whole has struggled from the line, point guard Marcus Paige is not to blame. Paige is the only player on the team to have a free throw percentage higher than 75 this season.

Paige leads the ACC in free throw percentage and is one of only eight players in the country shooting better than 90 percent from the free throw line (min. 50 attempts).