Witten was just 20 years old at his first rookie minicamp in 2003, eager to please and learn from the new Dallas Cowboys coach. At one point later that summer, “I wasn’t sure if he thought my name was some expletive or Witten,” the tight end joked.

In October of his rookie year, Witten suffered a broken jaw that required three plates to fix. He spent a couple days in the hospital and was in the training room on a Wednesday when Parcells offered words he can still hear today.

“'I’m just telling you, the best ones, they find a way,'” Witten remembered Parcells saying. “'And listen to me Witten, look at me now,' he says, ‘Durability and dependability, in this league, in this business, it’s invaluable.’ And I never forgot that."

Parcells stepped aside from the Cowboys in 2006, but his feelings for Witten have grown stronger over the years. Witten is as much of a “Parcells Guy” as any member of the New York Giants, New England Patriots and New York Jets. 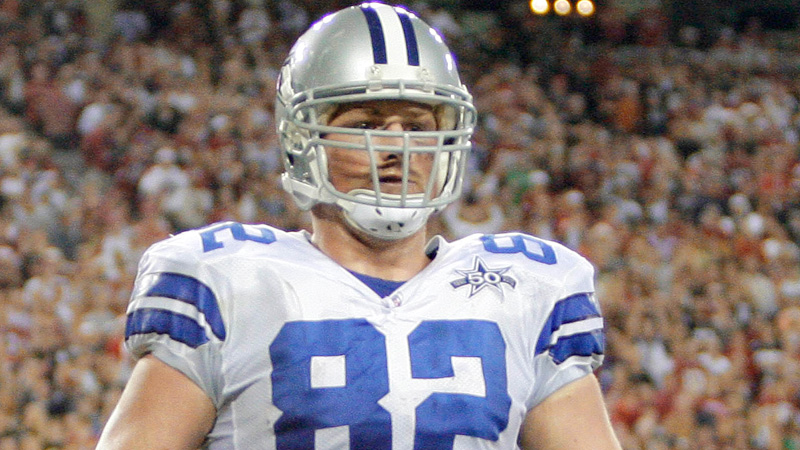 The Cowboys tight end made quite an impact over a 15-year career:

• Is Witten a first-ballot HOFer? Some experts disagree »
• Parcells remembers a dedicated rookie »
• Social media reaction from teammates and opponents »
• An open letter to Witten from teammates »
• An all-time tough guy »

“Jason Witten is what pro football is supposed to be about. He came to the Cowboys, got himself established very early, maximized his potential as a player and sustained very, very good play for an exceptionally long period of time and made a significant contribution to the team every year,” Parcells said. “Now he’s transitioning to another career by virtue of his reputation and his affiliation with the Cowboys and the success he has had. That’s what pro football is supposed to be.”

Parcells was a big reason why the Cowboys drafted Witten in the third round, No. 69 overall.

“You couldn’t ask for a better kid,” Parcells said. “Highly motivated, dedicated, wanted to be good, wanted to know what you got. I was fortunate. I was around some good tight ends prior to getting him. Russ Francis, [Mark] Bavaro, Ben Coates. Good players. Don Hasselbeck. They’re all good players, and being around them and using that position as a weapon, which we did with Bavaro, that got me to appreciate the tight end position.”

Parcells, a Hall of Famer himself, believes one day he will be a teammate of Witten’s in Canton, Ohio.

“I don’t think there’s much doubt he’s going to wind up in there,” Parcells said. “His credentials are certainly worthy.”

But back to another part of the jaw story. Not only did Parcells talk to Witten about dependability and durability, he showed him a jar of sweet potato baby food so the tight end could keep his weight up while his jaw was wired shut.

Witten never did eat the baby food. In order to make the weight necessary to play, he stuffed some small weights in his sweatpants.

Parcells did not know that until Thursday.