FRISCO, Texas -- Leon Lett was running to the locker room at Lincoln Financial Field two weeks ago when he heard some fans calling his name.

Twenty-five years later, Lett cannot run away from one of the most infamous plays in Thanksgiving Day history. That’s one of the downsides of playing for the Dallas Cowboys. People never forget.

“There’s still people that throw it out to me, but it’s fun,” Lett said. “The No. 1 thing for me is moving on from it.

"You know, it was a bad play, happened at a bad time, but I think at the end of the day, at the end of the season I had the last laugh. We won the Super Bowl. I had a part in us winning that Super Bowl and one of the big plays in that game, so for me that was my redemption.”

Nobody expected the weather to turn the way it did on Nov. 25, 1993. A sheet of ice and snow covered Texas Stadium that day 25 years ago, making it difficult for the Cowboys or Miami Dolphins to do much of anything.

With 15 seconds to play, Pete Stoyanovich lined up for a winning 41-yard field goal attempt, but Jimmie Jones was able to block the kick. As the ball spun like a top on the frozen turf, Cowboys defenders ran away from it, knowing the game was over if they just didn't touch it. Except for Lett, who ran toward the ball, past a few Dolphins players, slipped and kicked the ball forward. Jeff Dellenbach recovered the loose ball and Stoyanovich made a 19-yard field goal with three seconds left to give the Dolphins a 16-14 victory.

“I just made a mistake,” Lett said recently, sitting on a couch outside the Cowboys’ training table at The Star. “I was hustling. I know I was coached [not to do that], so I never wanted to put it on the coach himself. I know that the coach went over it. It was just a big mistake and at the wrong time.”

It didn't help that it came 10 months after another miscue at a bad time. Lett recovered a fumble in Super Bowl XXVII and was returning it for a touchdown, but he slowed down and stretched his arm out while holding the ball near the goal line. Buffalo's Don Beebe had never stopped hustling and stripped the ball from Lett.

After the Thanksgiving game, Lett remained in the training room, crying, wondering if Cowboys coach Jimmy Johnson would cut him. Teammates consoled him and then protected him.

"I actually dislike it to a great extent when people talk about that because that's what people remember him for, when they should remember him for so much more than that." Tyrone Crawford
Cowboys defensive end

For the rest of the season, Nate Newton filled in for the shy Lett during interviews. But when the Cowboys got back to Super Bowl XXVIII, a crowd surrounded him.

“I was like, it should be over now, and then Super Bowl media day and I’ve got 30 microphones in my face,” Lett said. “Charles Haley and Troy Aikman and all those guys don’t have anybody. They all want to take to me about that play that happened eight weeks ago and we’re in the Super Bowl. So that was kind of strange to me.”

It took him some time, but he learned to laugh with the moment, even filming a Snickers commercial about the miscue a few years ago.

It might be a memorable moment, but it has not defined his life.

He has three Super Bowl rings. He played in two Pro Bowls. He is in the Mobile (Alabama) Sports Hall of Fame with legends such as Hank Aaron, Willie McCovey and Ken Stabler. He is a member of the NJCAA Football Coaches Association Hall of Fame.

In 2009, he earned a sociology degree from UNLV. Since 2011, he has been a Cowboys assistant defensive line coach.

As protective as teammates were of Lett after the Miami game, they remain so today.

“The thing that pisses me off is people that really don’t know or been around the game, they don’t know how good of a friggin’ player Leon Lett was for our defense at the time,” Darren Woodson said. “He would just knock the s--- out of people. He was that dominant of a football player.”

Lett’s current pupils defend him, too.

“I actually dislike it to a great extent when people talk about that because that’s what people remember him for, when they should remember him for so much more than that,” Tyrone Crawford said. “Again, people remember significant things, but Big Cat was an impact player. I’ve watched game film on him a bunch, the guy did amazing things.”

“It’s a great story,” said Jason Garrett, Lett’s teammate all those years ago and the head coach who gave Lett his start as an NFL coach in 2011.

He grew into an all-state player at Fairhope (Alabama) High School, but his path took him to Hinds Community College because of struggles with his grades. He ended up at Emporia State, an NAIA school, and became the school’s first draft pick when the Cowboys selected him in the seventh round in 1991.

After his playing career ended, Lett got into the house-building industry, but football never left him. Former teammates, coaches and executives never thought Lett would become a coach, but the 50-year-old said it was always part of his plan.

“As a player, I was close with all my coaches and felt like I was a coachable guy,” Lett said. “I had four or five different coaches over my career and they all kind taught a little bit of a different technique. I was the first guy to try to master that technique instead of saying, ‘Hey, I’m going to do it my way.’”

As a player, Lett was part of a deep rotation that took joy in the group having success. As a coach, the joy comes from seeing his players perform. On game day, he is among the first coaches on the field hours before kickoff. He spends his time working out defensive linemen DeMarcus Lawrence, Randy Gregory, Crawford and Taco Charlton. During the game, he is responsible for the line rotation. 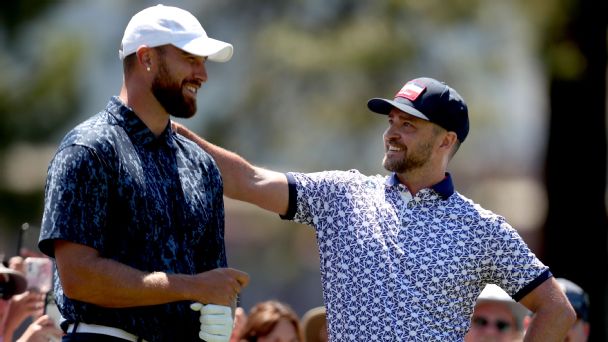 The same things he learned from his coaches and teammates, he passes on now.

“I try to remind the guys it doesn’t last long,” Lett said. “You get an opportunity to play this game, give back. I told DeMarcus, he can teach Dorance Armstrong and then whenever it’s his time to retire, you’ll be sitting down watching TV and you’ll see something Armstrong passed on to somebody else that you taught. I learned from my coaches, teammates, from Tony Casillas, Tony Tolbert, Charles Haley, and then after I retired I saw Greg Ellis doing the same thing. I’m watching TV and I see DeMarcus Ware doing the same stuff. It carries over. It’s a great feeling to pass that on.”

He returned to the Cowboys as a coach in 2011 on what was supposed to be a summer internship. In 2009-10, he was the defensive line coach at the University of Louisiana-Monroe. He was presented the opportunity to stay after Cowboys training camp ended and said he “worked off my own dime.”

Since 2013, he has worked with Rod Marinelli and has seen the Dallas defensive line develop into one of the team’s strengths.

“Everything Rod teaches, it’s all detail, down to the minute step,” Lett said. “The perfect stance. The perfect step. It’s very repetitive. That’s what football is all about.”

About four years after he finished playing, he worked a camp with his former coaches Andre Patterson, John Blake and Jim Jeffcoat and became convinced he wanted to get into coaching full time. Patterson was coaching at UNLV when he made the offer to Lett to join as a quality-control coach, but under one condition.

Lett took classes with a couple of players. One course stood out. Reticent in public and shy in groups, Lett had to stand in front of people many years his junior.

“We just had to talk about our experiences,” Lett said. “They asked a lot of really good questions, strong questions, like, ‘What do you think about a guy that plays football and spends all of his money?’ I just talked about my experience as a player, growing up in Alabama, going to Kansas, Mississippi. All the things that it takes to keep pushing and never give up. That was kind of the message to those guys.”