The one-year contract quarterback Andy Dalton agreed to Saturday with the Dallas Cowboys to be Dak Prescott's backup guarantees him $3 million -- a $1 million signing bonus and a $2 million base salary -- but could be worth up to $7 million.

The Cowboys have not been to a Super Bowl since 1995 and Dalton has an 0-4 playoff record after a nine-year run with the Cincinnati Bengals. He helped Cincinnati to the postseason in each of his first five seasons, but lost all four of his playoff starts (he was injured for a 2015 playoff game against the Pittsburgh Steelers).

And, oh, by the way, Prescott has not missed a game in his career. His streak of 64 straight starts is the third longest by a quarterback in the NFL behind Philip Rivers (224) and Russell Wilson (128). 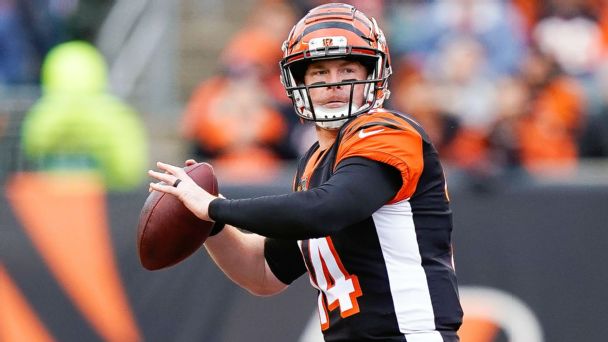 Here is a breakdown of the incentives in Dalton's Dallas deal:

To Dalton, the contract guarantees $3 million to work about 30 minutes north of his Dallas home, at The Star in Frisco, Texas.

To owner and general manager Jerry Jones, that would be money well spent if Dalton could deliver after taking over for Prescott at some point in 2020.