Not long after he was selected by the Dallas Cowboys with the No. 123 overall pick in the fourth round of the 2020 NFL draft, cornerback Reggie Robinson II was with one of his coaches from high school in Cleburne, Texas, a little more than an hour's drive from The Star in Frisco, Texas.

He and his former defensive coordinator Jason Payne were reminiscing about Robinson's days on the football field as a defensive back and wide receiver. That experience led Robinson to become the first player from Cleburne High School to be taken in the NFL draft in 44 years. 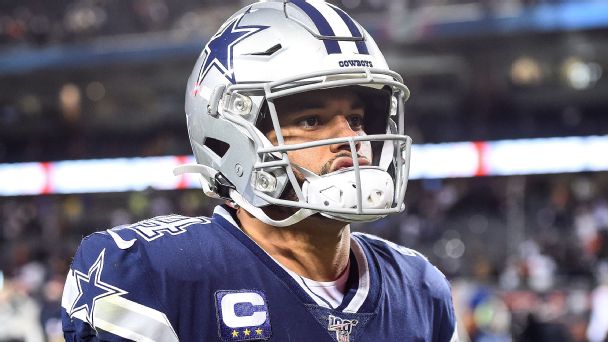 Payne asked if Robinson would jump on a Zoom call with the current Cleburne football team.

"To see a professional athlete and not only that, one from Cleburne, their hometown, a person who was in the shoes they want to be in, you could see them perk up a little bit," Payne said. "I think it meant a lot to the guys."

Robinson had been just like them, growing up in the town's peewee league and coming through the same middle school programs. In high school, he starred in football and ran track. He had dreams just like they did, even if the New Orleans Saints were his favorite team -- being a Louisiana native -- and not the Cowboys.

Robinson wasn't sure if he had made an impact on his audience.

"But later that day, one of the kids posted on Facebook I had joined the call and they were excited," Robinson said.

To make an impact on the Cowboys as a rookie, Robinson likely will have to get by with limited practice time because of the coronavirus pandemic. He is learning all he can from his virtual meetings, and he is going through skill work and lifting on his own to be in the best shape possible whenever he can get to The Star for the first time.

Off the field, he can make an impact in other ways besides the effect he is having on his hometown. Robinson is deaf in his left ear, and he can support others who are like him.

"We found out when he was in third or fourth grade when they did a hearing test at school," said his father, Reginald, who played on the defensive line at Grambling State University. "He had a big hearing aid, and you know how some other kids can be about that. He didn't wear that very long at all."

Robinson started sitting closer to the front of his classes to hear the teachers better. The impairment didn't affect his grades in high school or at Tulsa, where he recently graduated with two degrees, one in organizational studies and the other media. It did not affect him on the field, either.

"You know, I [had] kind of forgotten [about his hearing loss] because he never let that be an issue," Payne said. "He never let that be a crutch for him. He didn't want that to be an excuse. He was always very in tune with what we were doing, paying attention on the field. It's kind of funny to say you would forget that, but that's how he was."

About the only concession Robinson makes is ensuring anyone he talks to is placed on his right side.

"Honestly, I didn't know about it when we were recruiting him, and I didn't find out until he got on campus," Tulsa coach Philip Montgomery said. "It was one of those deals where I was walking beside him down the hall and I said something to him, and he kind of turned his head to talk to me. He tells me, 'Coach, you know I'm deaf in this ear, right?' No, Reggie, I didn't know that."

Robinson played on either side of the field, and his fellow defensive backs would use hand signals to communicate, if necessary.

"The great thing was I didn't know there was any difference from anybody else," Robinson said. "I definitely started sitting closer in classes so I could hear, but it wasn't like I was born with both ears being good and I lost something. To me, it's not a big deal."

It was not a big deal to the Cowboys, either.

The Dallas staff saw Robinson's production improve from year to year. As a senior at Tulsa, he intercepted four passes and had 17 pass deflections. Robinson also blocked four kicks in his career. During the draft process, Cowboys vice president of player personnel Will McClay came to love Robinson's game. At 6-foot-1 and 205 pounds, Robinson has the size to line up against bigger receivers or potentially play safety. He clocked a 4.4-second 40-yard dash at the NFL combine but ran faster in workouts, so he has the speed to match up, as well.

"I remember the first time I watched the tape on him at Tulsa, and you are wondering why he is not part of the conversation with the other guys up there in the first two rounds," Cowboys coach Mike McCarthy said. "Obviously, his size, his strength, his ability as another big corner to play with length [are a plus]."

Two weeks ago, Robinson and the rest of the rookies had their welcome-to-the-organization virtual meeting with owner and general manager Jerry Jones, executive vice president Stephen Jones and McCarthy. And there have been virtual meetings with his position coach, Al Harris.

For the first time this week, Robinson will take part in meetings with the Cowboys' veterans, but he won't be as starstruck as the Cleburne kids he spoke to after the draft.

"We're all on the same team, all at the same point. They're more experienced, but you can't be a fan," Robinson said. "You've got to make it seem like you belong there too."