ENGLEWOOD, Colo. -- With one of the youngest offenses in the NFL and an upended offseason thanks to the coronavirus pandemic, preparing for his first full season as the Denver Broncos' starting quarterback was challenging for Drew Lock.

But as the team ramps up activity at its facility, Lock is finding some additional challenges. Such as building chemistry.

Lock can't just gather around a table in the Broncos' cafeteria with all of the wide receivers. He can't do any of those stay-a-little-after talks in the team meeting room. He can't have those impromptu hallway conversations, can't sit side-by-side in the locker room sharing an iPad to go over a play a few more times. He doesn't have those Friday dinners with the rest of the guys.

Welcome to the learning curve in the time of COVID-19.

Coronavirus in the NFL 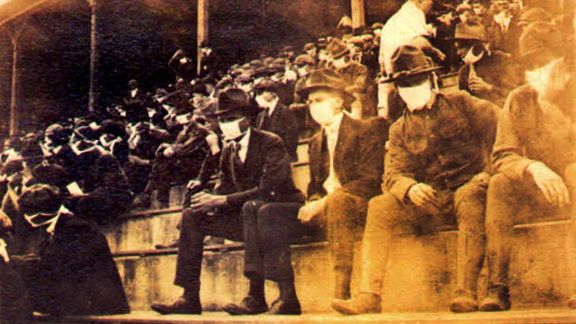 • Football historians discuss 1918 pandemic
• Players opting out of 2020 season
• Where does your team stand on fans in stands?

"It's different," said Lock, now in his second season. "Because we go into the cafeteria and you can only have a certain amount of people in there. If I'm doing this Zoom call, then I'm going to go shower, [and] the cafeteria's full because we're taking the correct precautions around here, I technically can't sit by [rookie wide receiver] Jerry [Jeudy]. I couldn't sit by KJ [Hamler]. Even when we go to the classrooms, there's a certain amount of people that are allowed in there."

The Broncos centered much of their offseason plan, especially in the draft, around the idea that Lock was ready to be the starter after he went 4-1 in December. Broncos president of football operations/general manager John Elway said earlier in the offseason Lock's play in those games made Elway believe, for the first time since Peyton Manning retired after the 2015 season, that the team may not have to rely as heavily on its defense.

But then the coronavirus arrived and the Broncos, like everyone else in the league, didn't do any on-field work in the offseason. There will be no preseason games and only abbreviated on-field work in training camp which includes 14 padded practices before the league attempts to open the regular season.

On top of that is an extensive list of social distancing restrictions at the Broncos' complex that limits how players interact, down to how many players can be in the same room at the same time. So how do you build chemistry?

"Really, it's going to come from us being on the field, being able to build a relationship out there, show them that I'm here, I'm ready and I'm prepared," Lock said. "They're going to show me the same thing so we can earn each other's respect. Then after the respect is earned, that's when the friendship comes. That's when we can really start to talk and get to know each other. The easiest conversations have been standing outside, six feet apart, giving Jerry some crap about the Missouri-Alabama game and talking to all the guys about some college stuff because they just left from there. It's pretty easy to relate since I'm only a year and a half, almost two years out of it."

One of the things the Broncos' decision-makers have liked about Lock since he arrived as a second-round pick last year is how he interacts with his teammates and how they react to him. Wide receiver Courtland Sutton has often termed it "that swag."

"The mature kids will come in and do everything they can to get up to speed, but again, they're going to be young guys without an offseason program," Elway said. "We definitely have to give them some rope and temper [expectations] a little bit."

"The early key is going to be they've all had the virtual offseason," coach Vic Fangio said. "I think they all could pass a bunch of written tests that we could give them right now on their assignments, their responsibilities and their techniques. It will be interesting to see after a week of on-the-field work how much of that is translated to the field. I think they've all done everything they can up to this point. Taking it from the classroom to the field is the next step."

When the Broncos line up in a three-wide receiver set with both Jeudy and Hamler in the formation, it is possible the 11 starters on offense will average 24 years old. Jeudy, Hamler and center Lloyd Cushenberry III could be rookie starters. Lock and guard Dalton Risner will be in their second seasons, with running back Phillip Lindsay and Sutton suddenly the grizzled skill position veterans in their third seasons.

"Everyone gets 24 hours in a day," Lock said. "We're all allowed the same amount of time in our facility. We all have professional coaches that have been in this game for a long time. We all get to learn and be with them the same amount of time. It's an even playing ground. It's just going to be what we do with the time that we get together. Yes, we are young, but when you're young, you're pretty hungry right as [soon as] you get in here. Maybe we could be at an advantage being young and having a lot of motivation."