In battle of patched lineups, Warriors can't handle Grizzlies
4yEthan Sherwood Strauss
Jokic, Nuggets hold off Curry, Warriors for 114-104 win
3d
Hawks-Suns among 3 games ppd. due to COVID
4d
'We can do better': Even when Steph Curry is on, Warriors struggling to find their rhythm
3dNick Friedell
Pacers stymie Curry, bounce back to beat Warriors 104-95
5d
How the Warriors survived Steph Curry's worst shooting night ever
7dNick Friedell
Warriors hold off Raptors 106-105 on off night by Curry
7d
Dec 10, 2016

MEMPHIS, Tenn. -- The Memphis Grizzlies bested the Golden State Warriors on Saturday 110-89, demonstrating greater discipline and effort in multiple phases. While the Grizzlies might be undermanned sans Mike Conley and Chandler Parsons, they've remained adept at draining the fight from healthier foes.

At morning shootaround, the Warriors announced that Andre Iguodala would rest for this one. Then, just before the game, another announcement: Zaza Pachulia was out because of a wrist contusion. That was less a surprise than who his replacement was -- Anderson Varejao, he of considerable Warriors fan angst, moved up from the depths of the rotation to the Saturday starting lineup. Though somewhat explicable considering the absence of an injured Kevon Looney (ankle), it still was a decision that raised eyebrows.

"We decided to start Anderson because we didn't want to change our bench rotation," Warriors coach Steve Kerr explained. "Wanted to keep JaVale [McGee] in his spot and so we gave Anderson the start."

Varejao wasn't particularly poor in his initial seven-minute stint, but the Warriors were overall terrible from the jump. Though Iguodala is a buoy in turbulent times, and Pachulia has been solid of late, the Warriors should have been far better. At least, nobody's throwing their sympathies at Golden State when the opponent had $247 million worth of players out injured.

The Warriors did not exactly rise to the minor challenge of playing with a new look. Or, as Stephen Curry described his team's issue at the hands of the undermanned, "Everything! We sucked tonight. We'll get better tomorrow."

The biggest pratfalls were on the offensive end, where the Warriors eked out a mere 15 assists, their lowest total of the season (ESPN Stats & Info relayed that their next-worst total was 24 assists, in the season opener blowout loss to the Spurs). The poor offensive execution was compounded by Golden State's fouling on the other end (Memphis shot 27 free throws in the first half). All that fouling slowed the pace, making it difficult for the Warriors to get their offense unstuck.

"It was one of those nights," Kevin Durant said, a phrase that was used a couple of times by other teammates. "They set the tone on physicality-wise to start the game and that kind of dictated the game. I think we waited a little too long to kind of match it. We put them in the bonus early in the first quarter and it kind of took us away from being more physical and ramping up that side of the game."

It did not help matters that Durant picked up an early second foul, the cascading effects of which inspired Kerr to yell himself into a technical. Golden State needed someone to pick up the slack, but the remaining stars played limp. Curry (4-of-14 for 17 points) did not seek shots with aggression and missed on good, early-game looks. Defensive madman Tony Allen bullied Klay Thompson (4-of-14 for eight points) out of the game. The best Green in this game was JaMychal. At the half, the Warriors had scored a piddling 38 points and David West had a majority of the team's total assists (West had claimed four; the Warriors had managed seven). 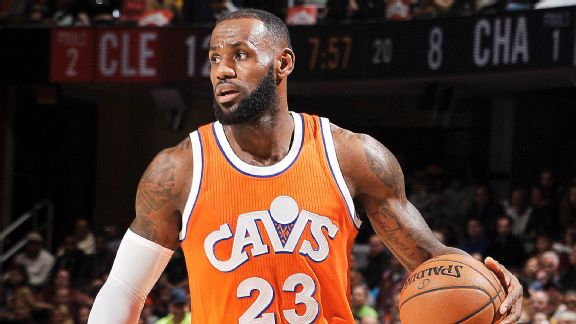 CP3 saw a 20-20 night, LeBron dropped in a season-high 44 points and the Warriors were utterly woeful in Memphis.

The Warriors tried to close the gap in the third quarter, starting another half with Varejao. They played a galvanized Grizzlies team to something near a draw when far more was needed.

It was a forgettable game that might not mean much in the grand scheme, but it did shine a light on certain issues. The Warriors are not as deep as last season, or at least their depth is not as balanced. Perhaps young Damian Jones, who got his first NBA action in garbage time, will help address that problem, but it remains to be seen. Curry has not been playing at an MVP level lately, and he continues to favor shooting within the flow over going at bigger defenders in isolation.

Of his current offensive approach, Curry said, "The wealth is spread across the floor and you've got to understand how to get clean looks out of our motion offense and sets that we run. But besides tonight we've had a really good run of creating open looks for everybody and allowing the ball movement to set us up."

These are first-world NBA problems, something to fret over in December. But a superteam's issues are magnified when they contribute to an upset so surprising and so emphatic.