Another loss to Grizzlies has Rockets on first two-game skid
5yCalvin Watkins
Study: NBA owners have $10 billion in China
3dMark Fainaru-Wada and Steve Fainaru
Mosley, 'feeling lucky,' sees Magic secure top pick
5dAndrew Lopez
The ultimate NBA offseason guide for all 30 teams
3dBobby Marks
What the NBA's worst teams should do with the No. 1 pick ... and what happens if they fall out of the top 3
19dJonathan Givony and Mike Schmitz
Brooklyn Nets owner Joe Tsai is the face of NBA's uneasy China relationship
38dMark Fainaru-Wada and Steve Fainaru
Jan 14, 2017

HOUSTON -- A two-game losing streak is nothing to panic about. Calling it adversity after winning 31 of the first 42 games is a stretch. But a common theme has developed with the Houston Rockets following their 110-105 loss to the Memphis Grizzlies on Friday night: The Rockets have matchup problems with their division foes.

For the first time this season, the Rockets have lost consecutive games, and they can thank the Grizzlies for that turn of events. During the skid, the Rockets have shot just 40.8 percent from the floor while scoring 105 points per game. In its previous two games, Houston averaged 125 points and shot 50.3 percent.

You could attribute Wednesday’s loss in Minnesota to a tired team playing the second night of a back-to-back set. 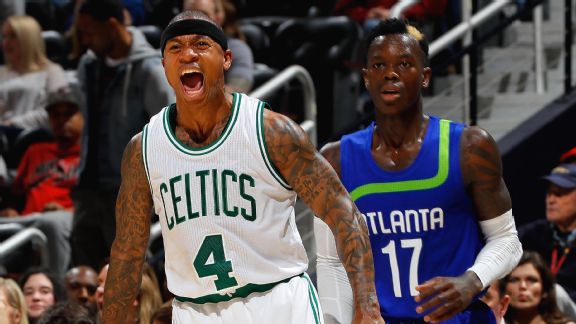 Friday against Memphis, the Grizzlies' bigs -- in the post and on James Harden -- were the factors.

Memphis has won both meetings between the teams, one at home and one on the road. Houston has shot just 41.5 percent from the floor and 32.2 percent on 3-pointers in the losses, with the Rockets taking 93 shots from 3 against the Grizzlies.

Several Rockets, from coach Mike D’Antoni to players such as Trevor Ariza and Patrick Beverley, will tell you these were good looks. On Friday, the Rockets shot just 24.4 percent from 3 and 40.2 percent from the field. In the third quarter, when the game turned, the Rockets made just 6 of 24 shots after starting the quarter 2-for-12. Only one Rockets player made a 3-pointer in the third quarter: Eric Gordon, who made 2 of 4 attempts from deep when the rest of his teammates missed all 10 of their long-range tries.

“This was all the shots we normally make, and we just didn’t tonight, and you have to give them a lot of credit,” Beverley said. “When you play half-court against them, they’re real tough, one of the best defensive teams in the NBA, so you have to give a lot of credit to them. They kinda beat us on the boards [45-31]; we stopped the initial action, but we gave up some offensive rebounds. It's basketball -- on to the next.”

In the first meeting, the Rockets were minus starting center Clint Capela (fibula) and Beverley (knee). This time, Beverley was in there, but Memphis' bigs took control. Ryan Anderson picked up three first-half fouls, forcing Harden to cover Marc Gasol in the post. Memphis also put 6-foot-7 James Ennis, with his 2-inch height advantage, on Harden. Harden scored 27 points but, with nine assists, failed to reach double digits in that category for only the second time in 20 games.

Harden was dismissive of the defensive pressures placed on him, which made it harder for him to receive the ball on the inbound after a made bucket or in the half court. He finished with just two points from the field in the second half, and those points occurred on a dunk with 20.5 seconds left in the fourth quarter. Harden took five second-half shots and had to work for the bulk of them. He was either getting tired from working to get looks, or the Grizzlies' defense was slowing him down.

“I didn’t have a rhythm, and that was that,” Harden said.

Asked again if it was more about the Grizzlies, he repeated: “I didn’t have a rhythm.”

Memphis seems to have Houston figured out regardless. You get a taller defender on Harden -- mostly Ennis on Friday, and in some situations defensive stopper Tony Allen -- and it gives the Rockets' leading scorer fits. If Anderson and Ariza, who combined for a 7-for-22 night, struggle, somebody else needs to step up.

For the majority of the season that man has been Gordon, who was fine in his first appearance since missing two games with a sprained left big toe. Gordon scored 13 points while taking 11 shots and finished plus-7 in the box score. Harden did get to the line 14 times, including twice while shooting 3-pointers, to contribute, but overall, the Rockets scored just 41 second-half points.

“I think we’re a little bit feeling our oats,” D’Antoni said. “We think we can make mistakes, and that just adds to other mistakes and a little pressure on us. Just got to settle down and play our game. We’ll be fine.”

Of course, the Rockets will. You don’t reach this point -- third place in the Western Conference, a 20-4 mark since November ended -- without some skill. The return of Capela should help against Zach Randolph and Gasol, and the Rockets are not going to shoot this poorly every game against the Grizzlies.

“They’re a scrappy team,” Harden said. “That’s what they’re going to do, that’s how they’re into ballgames -- everybody knows that. We didn’t make shots. We’re not going to put too much on it, simple.”