NEW ORLEANS -- One day, just one day, into the second half of the NBA season and it appears the Houston Rockets have emerged as trade deadline winners, which could push them to greater heights.

Lou Williams, the big acquisition for the Rockets’ front office, wasn’t supposed to play in Thursday’s game against the new-look New Orleans Pelicans.

Williams warmed up for about 15 minutes after coach Mike D’Antoni said he wanted his new shooting guard to “get his feet wet.”

Williams made his first two 3-pointers of the night, from the corner, and scored a team-high 27 points as the Rockets trashed the Pelicans 129-99.

What we’ve learned over the past 72 hours from the Rockets is that they’re coming after the Golden State Warriors for supremacy in the Western Conference.

Not figuratively, but literally. Houston’s moves this week, acquiring Williams and trading two little-used bench players to clear $3.5 million in cap space so a veteran defender can be signed, show the Rockets are ready.

“We’re all in, we’re definitely committed,” D’Antoni said. “We talked about it today. We’ve just got to tighten some things up defensively, offensively it’s a good start today. Good start.”

Every team says it is committed to winning the title, but most don’t really have the pieces.

If you look at the Rockets, the pieces are almost there.

It’s very difficult to defend a team that can shoot like the Rockets, but there’s another team in the West that shoots like them: the Warriors.

Golden State and Houston are No. 1 and No. 2 in points per game and offensive rating.

And if you need evidence that the Rockets are focused on the Warriors, Harden was fixated on the Warriors-Clippers game playing on the flat screen TV in the locker room as he spoke to reporters postgame Thursday.

WARRIORS COME OUT TO PLAY 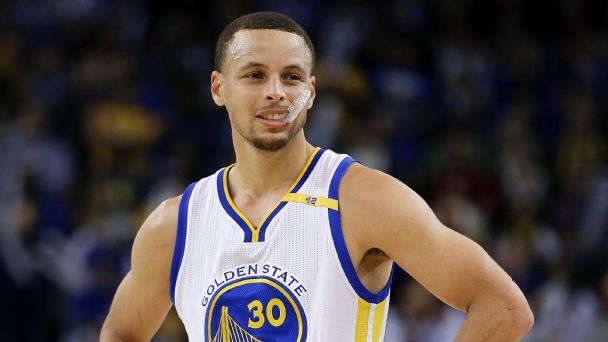 Stephen Curry and the Warriors turned an 11-point deficit into a 12-point lead with a historic 50-point third quarter.

• Warriors' hold over Clippers continues
• Revamped Rockets are all in
• Boogie era starts with sputter in loss
• Cavs got what they got, and that's OK
• Melo: Frustrating not to know Knicks' plan

Defense is the concern for the Rockets, and it seemed it might pose a problem going into the Pelicans game against their new twin-tower front line.

Davis and Cousins combined for 56 points. Cousins was frustrated, as Nene tied him up in the paint with arm bars and pushed him down to the floor after missed shots.

The Rockets walked around town hearing from Pelicans fans that Cousins was going to lead a Mardi Gras parade past them.

Cousins did play well on the stat sheet, getting 14 rebounds and 27 points. But when there was no room to maneuver, he passed to open shooters, who couldn’t hit their shots.

It was so easy for the Rockets that Harden was just clowning the Pelicans. At one point, he bounced a pass backward, between his legs, to Ariza so he could make a 3. As the night was nearing its end, Williams made another 3, forcing the Pelicans to call a timeout. Harden ran on the floor waving a white towel to cool off Williams, and as the coaches gathered together to talk, the point guard waved a towel behind D’Antoni too.

The Rockets are having fun now, yet they realize the Warriors, Spurs, Grizzlies and Clippers stand in their way.

“We’re really happy, nothing really changed with our team,” said Patrick Beverley, who grabbed 12 rebounds. “We took Corey [Brewer] out and put Lou on our team, and it was able to work and take pressure off James, and he doesn’t have to play heavy minutes, and it took a lot of pressure off me. It’s just fun. When we get hot, we’re a force to be reckoned with.”