KANSAS CITY, Mo. -- Now that Steve Spagnuolo has been hired as the new coordinator, the Kansas City Chiefs' defense needs to improve in 2019.

Not by the playoffs or even midseason. The Chiefs need to be better without the ball from Day 1.

That's a reasonable expectation for Spagnuolo, making him a smart hire by Chiefs coach Andy Reid. Spagnuolo, 59, is a veteran coach, having been an NFL coordinator for six seasons with two different teams, and a head coach for the Rams for three years. He is also someone Reid can trust, as Spagnuolo was an assistant for him for eight years with the Eagles.

The combination of a veteran defensive coach and someone who is familiar to Reid should allow the Chiefs to get better immediately.

"Steve is a bright defensive mind with a lot of coaching experience and success in our league," Reid said in a statement released by the Chiefs. "I know him well from our time together in Philadelphia and I feel that his leadership skills and teaching abilities, combined with his scheme, will be a great fit for our team as we move forward."

That's important because the Chiefs don't have a minute to waste. They already threw away one season of the high-scoring Patrick Mahomes era because of a faulty defense and can't afford to ruin any more.

Kansas City finished 31st in total defense this season, in contrast to the offense, which finished No. 1 overall in the NFL.

The Chiefs scored at least 28 points in each of their five losses this season, including games in which they scored 51 and 40 points.

That's why it was a good move for Reid to fire Bob Sutton, the Chiefs' defensive coordinator for the past six seasons. The Chiefs spent a considerable amount of resources last season to fix their defense, including the free-agent signings of linebacker Anthony Hitchens and lineman Xavier Williams and the drafting of defensive players with their first five picks. 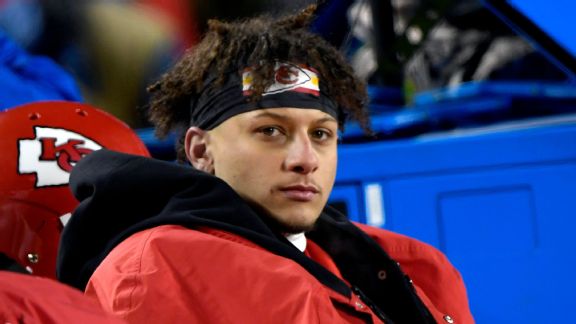 The Chiefs got worse on defense, dropping from middle of the NFL pack in terms of points allowed to the bottom 10. Things came to a head during an ugly defensive performance against the Patriots in the AFC Championship Game, a game the Chiefs lost 37-31 in overtime.

Maybe if the Chiefs had retained Sutton they would have improved on defense next season anyway, depending on the player moves they make. But the defense was trending downward, and the Chiefs couldn't take what would -- at this point -- amount to a leap of faith that he could turn things around.

By the same token, the Chiefs need to be right on Spagnuolo. While Mahomes is going to be a force for many years, he will be on a relatively inexpensive contract for only another year or two. The Chiefs appear to have a good thing going with their pass-catchers, too, in Tyreek Hill, Travis Kelce and Sammy Watkins, but injury and age have a way of ruining plans, often without warning.

So the Chiefs need to approach 2019 as their window to win a Super Bowl. They don't have to sacrifice 2020 and beyond, but they must make a reasonable amount of defensive improvement.