ALAMEDA, Calif. -- While a prospective agreement to keep the Raiders at the Oakland Coliseum for the upcoming NFL season is "95 percent" done, a Coliseum executive said nothing is certain, leaving the team in a precarious position.

"We still have one rather significant open issue, and I will be going back to the Raiders to discuss that with them and, hopefully, we’ll be able to resolve it," Coliseum Commission executive director Scott McKibben told reporters on Wednesday. "And if we can’t, there’s a possibility that we won’t have a deal."

McKibben, though, would not specify what the issue is, and the Raiders have not responded to inquiries asking for comment.

"It’s an issue for both of us, on both ends," McKibben said. "It requires agreement by both of us, and we have a difference of opinion."

Terms already purportedly agreed upon include the Raiders paying $7.5 million in rent for the 2019 season with an option to play at the Coliseum for $10.5 million in 2020, should the team’s new stadium in Las Vegas not be ready. The Coliseum would also retain any naming rights that might come for the stadium. McKibben said game day parking profits were to the Coliseum's satisfaction. McKibben added that Oakland tax payers would net $2-$2.5 million off the lease agreement.

BREAKING: Coliseum stadium exec says Raiders deal is 95% there but it's possible it could unravel if one "significant" issue is not resolved. The Raiders brought the issue to Executive Director Scott McKibben on Friday, per McKibben. pic.twitter.com/bEnMOVB8RC

The Raiders initially withdrew their proposed $7.5 million lease in December in the wake of the City of Oakland filing a federal lawsuit against the team and the NFL over the franchise’s move to Southern Nevada.

And while the Raiders had talks with MLB’s San Francisco Giants about using their waterfront baseball stadium -- the 49ers own territorial rights to San Francisco and objected -- Raiders owner Mark Davis told ESPN.com in October that his desire was to play in Oakland one last season, even with the threat of a lawsuit.

"Emotionally, I would say, why would I give them $3 [million], $4 [million], $5 million in rent that they're going to turn around and use to sue me?" Davis said at the time. "But, at the same time, if they'll have us, I can't turn on the fans. I can't do it. And this is terrible negotiating I'm doing now. I'm going to get killed. But that's just the way I am. But, if in fact it does get ugly and can't be bridged, we do have options."

More on the Coliseum 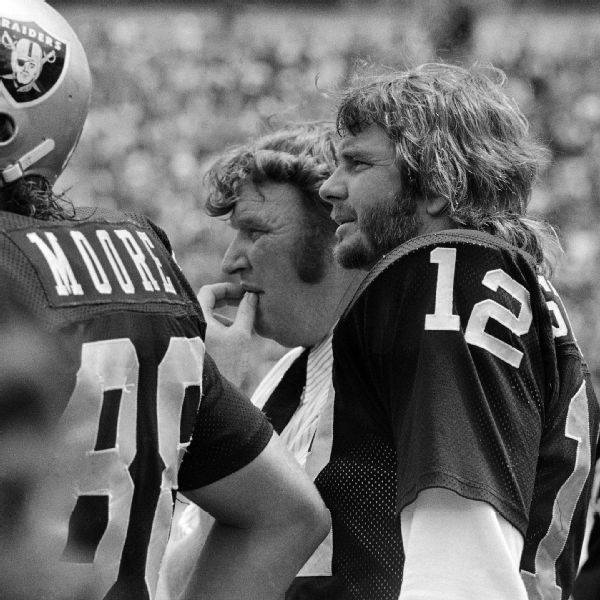 From the 'Heidi Game' to Gruden's return, the Oakland Coliseum has seen its share of great games and players. Story

The Raiders, who have reportedly discussed holding a preseason game at the home of the CFL’s Saskatchewan Roughriders in Regina, Canada, are playing one regular-season game abroad: They will be the home team against former Raider Khalil Mack and the Chicago Bears in London.

McKibben said that for a vote to be taken to approve the lease on March 15, "we need to have this agendized and ready to go by next Tuesday."

The NFL had hoped the Raiders’ home for 2019 would be settled by early February, for league scheduling purposes. The schedule is released in late April.