HENDERSON, Nev. -- Sure, the Las Vegas Raiders added one of the league's most prolific playmakers to their offense this offseason, acquiring the best receiver in the game in Davante Adams.

And Adams joining a skill position core that already included Pro Bowl slot receiver Hunter Renfrow, former Pro Bowl tight end Darren Waller and former Pro Bowl running back Josh Jacobs -- who is uber-motivated after the fifth-year option of his contract was not picked up -- should be the stuff of dreams for quarterback Derek Carr, no?

As Carr himself alluded to, it won't matter much if the offensive line doesn't show up. Talk about dreams turning into nightmares.

"It's vitally important because you always want to win the line of scrimmage in football," Carr said. "We've got to be able to do that, and hopefully we can do that. I have full trust and belief in those guys -- I always do -- and hopefully I can get the ball out when I need to, make somebody miss when I need to, things to help them if I need to. 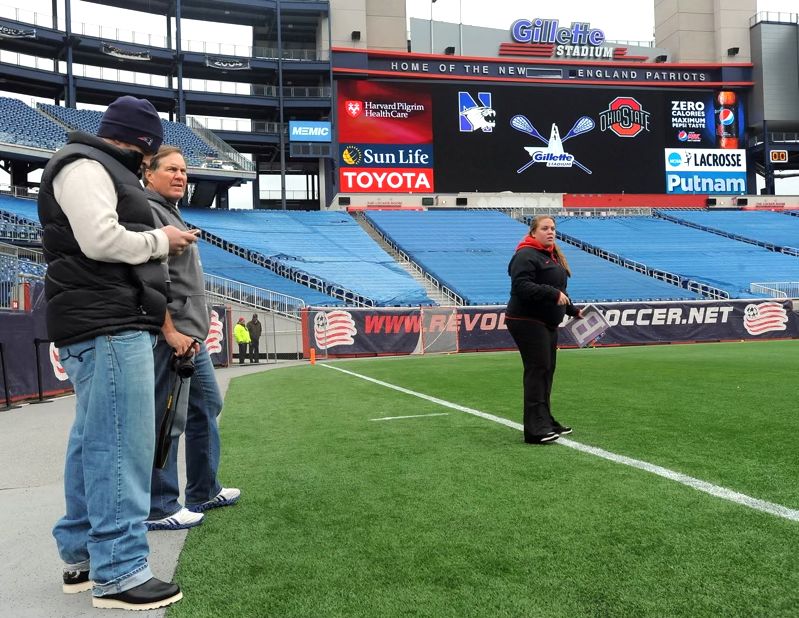 • Coaching a family affair for Belichicks
• 3 signs of progress for the Steelers' O
• Are Jags, Lawrence finding stride?
• How Lamb got redemption vs. Giants
• Inside Patterson's age-defying running

"I'm proud of those guys, but you always count on winning the line of scrimmage, especially in this league. Because there's so many good defensive fronts that can just ruin a game, no matter who's on the outside."

The Raiders are coming off a 10-7 season and appeared in just their second playoff game since 2002, and while Carr is coming off a career-high 4,804 passing yards, he was sacked 40 times.

Indeed, the offensive line was the offense's Achilles' heel. And while the Raiders' new regime of general manager Dave Ziegler and coach Josh McDaniels used their first draft pick on versatile interior lineman Dylan Parham in the third round and tackle Thayer Munford Jr. in the seventh round, little else was done to improve the unit this offseason.

Because while Denzelle Good's sudden and unexpected retirement was a mini-shocker -- he was expected to re-assume his spot at right guard after suffering a torn ACL in his left knee in last season's opener -- the emergence of Lester Cotton Sr. at right guard is almost as much of a surprise.

Then there's Alex Leatherwood, last year's first-round selection. He was moved from right tackle to right guard after four games but is back on the outside, seemingly having won a competition with Brandon Parker, though Parker is dealing with an injury.

It all has piqued the interest of former Raiders All-Pro right tackle Lincoln Kennedy.

"They're trying to get Alex Leatherwood another chance," said Kennedy, who is also on the team's radio broadcast. "You know what you have in Kolton Miller [at left tackle]. He solidified himself with a Pro Bowl-caliber year. Then on the interior [left guard] John Simpson is getting better, and same thing with Andre James [at center]. Lester Cotton is getting a chance and he deserves it.

"So, you're basically trying to keep them together so they can learn how to play with each other. They have to continue to grow and develop the depth."

Depending upon how long Parker is out, Las Vegas may need to use some of that $26-plus million in cap space to sign another tackle, or, as Kennedy said, develop Jermaine Eluemunor for the role of swing tackle.

"The Big X factor is where Leatherwood's confidence is," Kennedy said, adding that he saw some good things from the right tackle in the Raiders' preseason opener against the Jacksonville Jaguars while acknowledging Leatherwood was facing backups in the Hall of Fame Game.

"I basically try not to get too high or too low, just staying grounded," Leatherwood said early in camp. "It's going well. I'm human, so we all have our ups and downs. But overall, I feel good."

ESPN NFL analytics insider Seth Walder recently projected the Raiders as having just the 29th best offensive line in the 32-team NFL, 24th in predicted pass block rank, dead last in predicted run block rank. And that was projecting Parham as the right guard, rather than Cotton.

Pick NFL player props every week. Rack up more wins than Mike for the season and you could win $20K! Make Your Picks

And as Kennedy said, McDaniels bringing his New England Patriots sensibilities to Las Vegas should help a young and still maturing Raiders O-line, what with the quick-hit passing game and how running backs are used in said passing game.

"They get rid of the football, fast," Kennedy said. "They've always found ways to protect the offensive line."

Now, though, it's time again for the offensive line to protect the rest of the offense's investments.