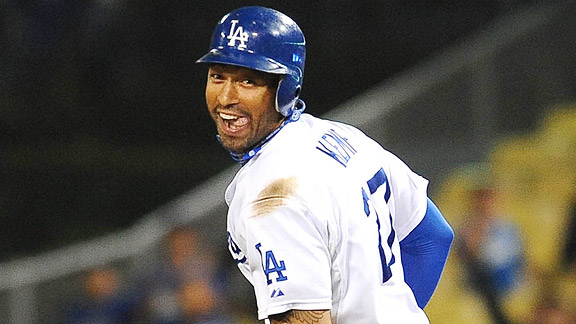 Matt Kemp has had every reason to smile in '11 -- except the biggest: contending for the playoffs.Like drivers who see a good parking space but hold out hope for a better one, even though, for crying out loud, the parking space right in front of them is absolutely all they need, the National League Most Valuable Player voters will select the Dodgers' Matt Kemp for the honor only if they can't envision an alternative.

With barely 25 percent of the 2011 regular season remaining (and if you thought "That much?" you're not alone), Kemp and his .975 OPS, 31 steals in 36 attempts, 28 home runs and exceptional advanced stats (an NL-best .351 total average, according to Baseball Prospectus) are clearly in the thick of the MVP discussion -- and he's there despite playing the majority of his games in the same pitchers' parks that some will hold against Clayton Kershaw in the NL Cy Young vote.

But by playing for a team that is on the express track to a losing season, Kemp will battle those who feel that the MVP must come from a more close-to-the-action team rather than one on the outer reaches of the mall.

Personally, long before I thought a Dodger would be in this kind of discussion, I've been in favor of giving the award to the best player regardless of the team's record. Your value isn't diminished by your surroundings, even if your surroundings are grim. I mean hey, would you dock Mother Teresa any Most Valuable Saint points because she was surrounded by also-rans? Heck no.

But the reality of a vote that hasn't seen an NL MVP from a losing team since Andre Dawson in 1987 is fairly easy to suss.

As recently as 2009, Adrian Gonzalez of the San Diego Padres had a .407 on-base percentage, a .551 slugging percentage, 40 home runs and 99 RBI playing in a ballpark that is as smothering to batters as any in the NL. In wins above replacement, Gonzalez ranked fourth in the NL according to Baseball-Reference.com's formula, sixth according to FanGraphs. In total average, Gonzalez was third.

Now, you'll notice that Gonzalez wasn't first in these categories, even the park-adjusted ones, so it's not as if he had the right to feel cheated by not winning the MVP, which went unanimously to the dominant Albert Pujols of St. Louis. But somehow, Gonzalez finished not third, not sixth, but 12th, behind players who had inferior seasons at the plate ... including Matt Kemp of the NL West-champion Los Angeles Dodgers, with an .842 OPS that was .116 below Gonzalez's.

Kemp got credit for playing a more valuable defensive position and was viewed at the time as playing it well -- that was his Gold Glove year. But Gonzalez finished fifth in the MVP vote even if you sift out first basemen, trailing Pujols, Ryan Howard, Prince Fielder and Derrek Lee.

Only Pujols had a better season than Gonzalez when park factors were taken into account. But Howard and Fielder also had more home runs than Gonzalez, and each played on a better team.

If there's a silver lining to this '09 flashback for those rooting for Kemp in 2011, it's that voters put Fielder in fourth place even though he played for an 80-82 Brewers team that wasn't much more relevant to the 2009 pennant chase than Gonzalez's 75-87 Padres. Fielder's 46 home runs (one behind Pujols) and 141 RBIs (tied with Howard for the league lead) were too gaudy to allow him to slide any lower.

Of course, we're not questioning whether Kemp is Penske material. We're wondering how likely it is that he'll become the CEO. Here's who might be considered the 10 finalists vying with Kemp for the big office. 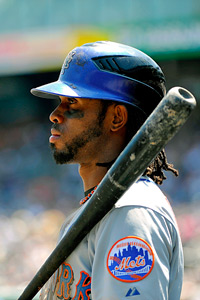 Jose Reyes' MVP hopes have gone to the disabled list with him. 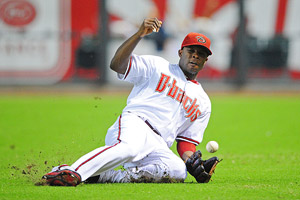 Justin Upton has slid into MVP contention -- perhaps the lead position.There are others who will get looks from voters, but no one better than the best on this list.

The NL MVP award is there for Kemp's taking. But he'll have to take it. He is absolutely going to need a finishing kick. Upton, in particular, is exactly the kind of player Kemp needs to watch out for -- someone who meshes with his profile but who's doing it with the pressure of a pennant race.

But it's not just wishful thinking in a downtrodden Dodgers season to believe that Kemp will win the NL MVP. Not at all.