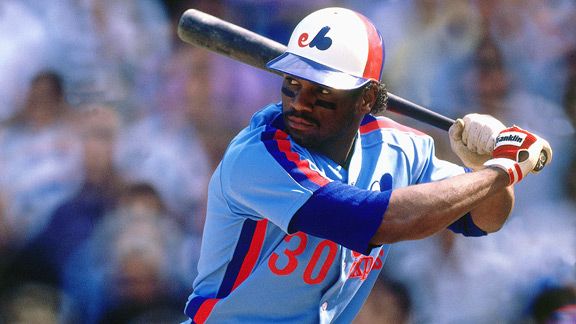 Tim RainesThere is no player on the 2012 Hall of Fame ballot I am rooting to see elected more than Tim Raines.

Being second to Rickey Henderson is anything but a crime, but if it weren't for Henderson, you might call Raines baseball's ultimate table-setter in the post-segregation era — more than Lou Brock, Maury Wills or anyone else. Raines reached base 3,977 times (44th all-time) with a .385 on-base percentage over 23 years — and that's combined with being fifth in stolen bases and second in stolen-base percentage.

For comparison, just to take a couple of other one-time Dodgers whom many believe should be in the Hall, Mike Piazza is 106th and Gil Hodges is 219th.

"Any time we compare Raines to a reasonable group of Hall of Famers, we always end up with the same thing: Raines is just like them," Tom Tango wrote at the conclusion of a long analysis piece on Raines for the Hardball Times a few years ago, a piece that remains worth your time. "If you have a group of players worthy of the Hall, and an individual player compares very favorably to that group, you have a Hall-worthy player by definition. That is what Tim Raines is: the definition of a Hall of Famer. Whether Raines is compared to the best of the best leadoff hitters or the best No. 3 hitters or the best players of his era, he stands among them. And they stand in the Hall of Fame.