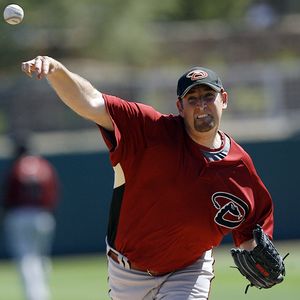 Jack Magruder of FoxSportsArizona.com reports that Webb isn't expected back from his 2009 surgery until at least May, and that it wouldn't be surprising if he were still recovering into August.

Because they don't need a fifth starter until April 17, the Diamondbacks will open the season with four.