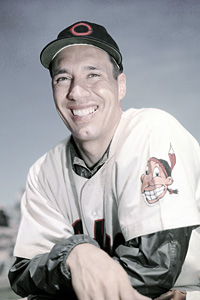 There's so much good material online on the life of Bob Feller, I'll just start you off by linking to Joe Posnanski's remembrance. Then there's David Wade at the Hardball Times, Tim Kurkjian at ESPN.com, mulitple pieces by Rob Neyer at ESPN.com and Keith Thursby at the Times. Don't skimp on your reading ...