A recent study issued by Princeton University's Center for Health and Well-being finds the financial threshold required to "buy happiness" in the United States, measured in yearly income, is approximately $75,000. Of course, a dollar in L.A. isn't the same as a dollar in St. Louis, which is different from a dollar in Shreveport. In an effort to add a little equivalency, the Wall Street Journal has calculated exactly where the magic earnings number exists in different cities around the country. 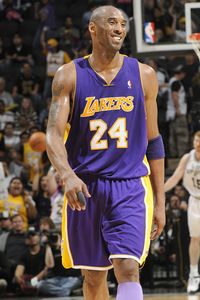 But before thinking Kobe gets all the breaks, the same study found while increased income may lead to a better evaluation of one's life, the $75,000 mark- again, $106,500 locally- "is a threshold beyond which further increases in income no longer improve individuals’ ability to do what matters most to their emotional well-being, such as spending time with people they like, avoiding pain and disease, and enjoying leisure." Meaning the other $24,899,750 he'll collect over the rest of the season is apparently unnecessary, at least as it pertains to Kobe's ability to hang out with buddies during free time without getting sick.

Quite frankly, that sounds like a steaming pile of hooey, but as a means of testing their theory, I'm volunteering to be paid Kobe's salary for one year, then report on my emotional well-being when it's all over. I'm even willing to recruit a few wingmen, and split the $25 mil a few ways.