The Kevin Durant Sweepstakes haven't quite cranked up yet, just a few days into May, but they do share one notable trait at this embryonic stage with the rest of the NBA's 2015-16 season.

The Golden State Warriors, whenever Durant's future does come up, have been getting most of the attention so far.

When it comes to listing teams capable of stealing Durant away from the franchise he's helped build into a perennial power -- and from the fiercely proud and protective state that treasures him as one of its own -- almost every list out there has Warriors at or near the top.

Just be sure to remember the following when you're watching Durant, Russell Westbrook and the rest of the Oklahoma City Thunder play host to the San Antonio Spurs this weekend in a pivotal Game 3 on Friday and Game 4 on Sunday:

The stately Spurs, league sources say, are just as intrigued as Golden State by the thought of making a run at Durant come July 1.

As rough as the regular season was at times for the Thunder, amid a rash of a blown fourth-quarter leads and the tragic circumstances that snatched popular assistant coach Monty Williams from OKC's bench, ‎Durant largely succeeded in his mission coming into the campaign to hush talk about his looming free agency as much as he could. We're a mere 55 days away now from one of the game's consensus top-five players hitting the open market, but the bulk of the discourse to date has focused on the teams planning to chase him as opposed to Durant's presumed leanings.

Yet OKC suddenly can't get through a single playoff game without being confronted by a foe playing for more than the mere W. As our own Zach Lowe also warned you in this series set-up piece, when he wrote of the Spurs "quietly discussing what kind of cap gymnastics it would take to get into the Durant derby," standard postseason pressure is only a fraction of the burden weighing on the Thunder, even after they managed to rebound from a Game 1 no-show in San Antonio by stealing Game 2 on the road.

As well as Durant and his close-knit tandem of representatives, Rich Kleiman and Charlie Bell, have done in terms of keeping their intentions mysterious, there is a working assumption among KD's would-be suitors that a second-round Thunder exit essentially cinches the notion that he'll indeed walk away and look for the best external situation that positions him to win that elusive first championship.

The theory (stress: theory) also holds that OKC success in this round against the 67-win Spurs would be enough, no matter what happens in a presumed Western Conference finals showdown with the Warriors, to convince Durant, at the very least, to sign a new two-year deal with Oklahoma City ‎that contains a player option for Year 2. Going that route would thus allow Durant to not only give himself one more chance to win that breakthrough title in Thunder colors but also return to free agency in the summer of 2017 eligible for a contract that could be up to $40 million richer and do so alongside Westbrook, who'll likewise have the opportunity to be aggressively courted by the masses for the first time after next season.

"That's probably one of the first times I've heard that one," Durant told us in February when our ESPN Radio team had the chance to sit down with him at All-Star Weekend in Toronto and ask about a short-term deal with the Thunder. 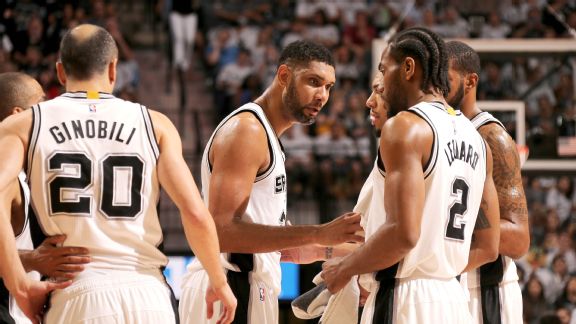 What seems certain, at this juncture, is that the forthcoming salary-cap spike that's projected to take the cap ceiling beyond the $90 million threshold for 2016-17 and into the unprecedented stratosphere of nine figures for 2017-18 gives elite free agents all kinds of unforeseen options ... while hurting the Thunder as much as any team on the map. The spike is going to be so drastic that both the Warriors and the Spurs, if they're willing to shed key contributors from their respective current cores, have undeniable avenues to manufacture the requisite cap space to try to marry Durant with their existing stars.

In Golden State's case, of course, rumblings about the Warriors' intent to pursue that very trail come July 1 have been circulating as far back as November, even without any overt encouragement from Durant. There were whispers, going back to the Warriors' ridiculous 24-0 start, about the bond Golden State stalwarts Steph Curry and Andre Iguodala formed with KD when all three were teammates on an unproven Team USA squad way back in 2010 that won the FIBA World Championship in Turkey that summer. There's been a quiet yet unmistakable belief in the Bay Area, all season long, that the combined draw of those relationships and the Warriors' stunning rise over the past 18 months to become the NBA's it team would give them a chance -- perhaps even the league's best chance -- of luring Durant away from the only franchise he's ever known. Even if it means parting ways with the promising Harrison Barnes. And presumably more.

The Spurs, though, are said to have harbored similar fantasies for months in their famously stealthy manner. As with Golden State, San Antonio won't have close to max cap room to spend without a willingness to lose multiple members from its Boris Diaw/Danny Green/Patty Mills supporting cast. Yet you'll recall how swiftly the Spurs jettisoned Tiago Splitter last summer when the opportunity arose to sign LaMarcus Aldridge.

Is it fair to describe the Warriors or the Spurs as likely destinations for the game's most feared pure scorer?

Is Durant truly prepared to be branded as the biggest bandwagon-hopper of all time by ‎bolting the Thunder for an established championship outfit that, in either case, would make LeBron James' formation of a Superteam on South Beach in the summer of 2010 seem almost modest by comparison?

Only KD and his closest confidants know.

The sure thing, at this stage, is that the Spurs -- like the Warriors -- are primed for the chase. Like Pat Riley and the Miami Heat last summer with Aldridge, San Antonio wants to book the face-to-face chance to pitch Durant in early July 1 ... and then worry about where the cap space comes from.

These are, after all, San Antonio's New Spurs. After shunning big-ticket free agency for more than a decade in the wake of their unsuccessful run at Jason Kidd in the summer of 2003, Gregg Popovich was positively Riley-esque last summer in his pursuit of Aldridge to partner with Kawhi Leonard and set them up as co-heirs to the two decades of elite basketball sustained with Tim Duncan as the Spurs' focal point.

It would be premature to suggest that any team apart from the Thunder is in the Durant lead at the minute. Nor is anyone claiming that the Warriors and Spurs are the only two threats to OKC.

All signs continue to point to Washington, Miami, Boston, Houston, New York and naturally both of the L.A. teams doing everything they can to romance Durant as if he were coming out of Montrose Christian School in Maryland all over again.

The lure of a move to the more forgiving Eastern Conference, as well as the very real prospect of Durant ultimately deciding on his own that the Warriors or Spurs are simply too good without him to attach himself to their shirttails now, serve as realistic counters to the idea that the two clubs immediately in Oklahoma City's postseason path should be the Thunder's two biggest concerns. 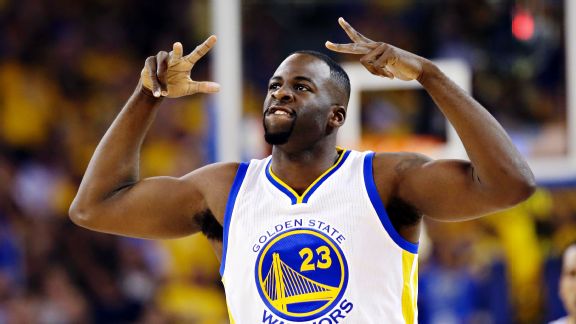 The Thunder could also complicate things in a thoroughly beneficial manner to their own cause by beating San Antonio three more times, ensuring themselves a follow-up shot to then stun Golden State in the next round, which would only give No. 35 tons more to think about. With Durant serving as a true pioneer in planting big-time pro sports in the region, Oklahoma City sports a winning percentage of .616 since KD and Russ first joined forces in the 2008-09, bettered only by San Antonio (.714) and Miami (.623) in the NBA and, purely for discussion purposes, matched by not a single team in Major League Baseball in the same span. Walking away from a team this perennially good won't be easy.

Just file away the crux of what we're saying here as one of those not-so-gentle Don't Sleep On The Spurs reminders that are still strangely necessary in Year 19 of the Pop-&-Timmy Show.‎

And if you think it would somehow scare them to try to find room in the same offense for Durant, Leonard and the increasingly dominant Aldridge ...

As one rival GM half-jokingly told me this week, immediately haunted by picturing what those three could be capable of in the midst of the NBA's small ball revolution: "Because they'd win every game."