MINNEAPOLIS -- The Minnesota Vikings cut their roster to 53 players on Saturday. Here’s at the 53-man roster with starters in bold:

The Vikings built their quarterback room with a player to fill every role: Cousins, the clear-cut starter, Siemian, the experienced backup and Sloter, the developmental QB with promise. Sloter’s solid performances in preseason games don’t hold as much weight as Siemian’s 24 NFL starts, so while he isn’t expected to jump the former Bronco on the depth chart, keeping three quarterbacks on the active roster was an important move for a franchise well-versed in the need for depth at the position.

Boone and Thomas, two undrafted free agents, impressed coaches with their versatile skill sets and what they can provide as change-of-pace running backs. Keeping both on the 53-man roster is also a smart move for the future with Murray a pending free agent after the 2018 season.

Minnesota had a ton of wide receivers in camp but the depth options were limited behind Stacy Coley and Brandon Zylstra. Treadwell’s surge kept Kendall Wright off the 53-man roster while adding a player like Zylstra brings an important physicality the Vikings hope translates to the red zone. Treadwell, Coley and Zylstra are also important assets on special teams.

The Vikings don’t have anyone opposite Rudolph to stretch the field vertically after not drafting an F tight end. Rudolph’s production could spike during his time working with tight end aficionados John DeFilippo and Kirk Cousins while this position group will also be relied on heavily for blocking purposes.

Elflein was activated off the PUP list, meaning his return shouldn’t be far off. In the meantime, the Vikings will look to Brett Jones or Danny Isidora to fill in at center for Week 1 and possibly longer. Minnesota may still look to upgrade the offensive line in the coming days. 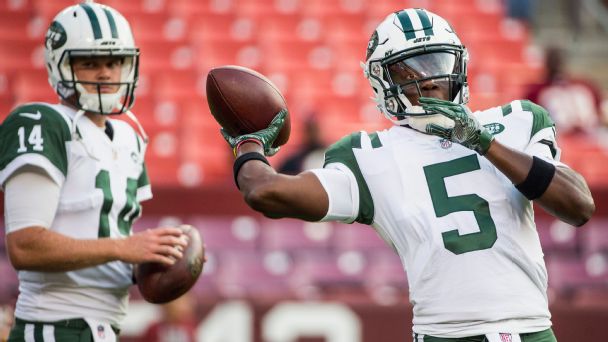 This year, the Vikings went with more defensive tackles than they did edge rushers. They have the depth at 3-technique behind Richardson, but flushing out their reserve options behind Joseph at nose tackle will be something that takes place over the course of the season and is a reason Parry is on the 53-man roster.

Seventh-round pick Downs beat out Reshard Cliett, Garret Dooley and Antwione Williams for the fifth linebacker spot. Minnesota chose to go with less depth here given the options it has to get creative with defensive backs in hybrid linebacker roles.

Terence Newman’s retirement on cut-down day gave the Vikings one less decision to make at cornerback and helped top UDFA Hill make the roster. The five safeties Minnesota has at its disposal will allow Mike Zimmer to get creative in sub packages.

After a disappointing preseason for Ryan Quigley, the Vikings waived their former punter after claiming Wile off waivers. Quigley’s preseason ended with a blocked punt in Tennessee.