A sentiment uttered out of frustration by quarterback Kirk Cousins the day the Minnesota Vikings' playoff dreams were put to bed in December summed up a major issue from a lost season.

Minnesota's struggles in 2018 can’t be tied to the offensive line alone, but the unit's well-documented issues need to be remedied if the Vikings want to take the next step.

The Vikings can use the 18th overall pick in a variety of ways, many of which would be hard to argue against. They can give Cousins a dynamic pass-catching tight end, or perhaps select an elite defensive lineman who falls past the middle of the first round. There are multiple scenarios in which the Vikings can still get the offensive line help they need while addressing a different concern with their first pick.

However, N.C. State center Garrett Bradbury is the perfect fit for Minnesota at No. 18. The elite prospect can be a difference-maker on the interior. He is a match on multiple fronts, from how his athletic traits fit the Vikings' zone-blocking scheme to the positional flexibility he provides with their current personnel.

Bradbury was in an outside-zone scheme at N.C. State that required him to work into the second level, run laterally and move quickly. At the NFL combine, Bradbury recorded the fastest three-cone time (7.41 seconds), as well as the third-fastest 40-yard dash (4.92), among offensive linemen.

His strength and movement skills strike comparisons to former Vikings guard/center Nick Easton and many of the traits found in last year’s second-round pick, Brian O’Neill. Drafting a player with a skill set this vast is critical to the Vikings' zone-running scheme and can create a more explosive attack in areas like the play-action game.

“There’s a point of emphasis on specific traits we’re looking for to run what they’re going to run on offense,” Vikings general manager Rick Spielman said at his pre-draft press conference on Tuesday. “When you can get on the same page with the coaches where we recognize that this guy is a good player, but he may be a very good starter in this scheme but may not be a really good starter in another scheme, you have to marry that up, and that’s why it’s so important for us on the personnel side to understand what the requirements are for these players at their position.”

Going into the draft with some fluidity on the offensive line is important. Bradbury's versatility would allow Minnesota to better utilize its current personnel.

The 6-foot-3, 306-pound lineman made his biggest impact as a college prospect at center, winning the Rimington Trophy (given to the nation's top center) as a senior, but he also has experience playing guard. In the NFL, Bradbury projects as a fit at either position.

The Vikings have three options to start at left guard in Week 1 between Brett Jones, Danny Isidora and Aviante Collins. Bringing Bradbury into the mix allows the Vikings the option of moving Pat Elflein back to guard, where he played for three seasons in college, and sliding Bradbury in to fill his spot. Bradbury could also be a candidate to fill the hole at left guard while newly-signed Josh Kline holds down the spot to the right of Elflein.

Either way, Bradbury knows he can play multiple roles on the interior. 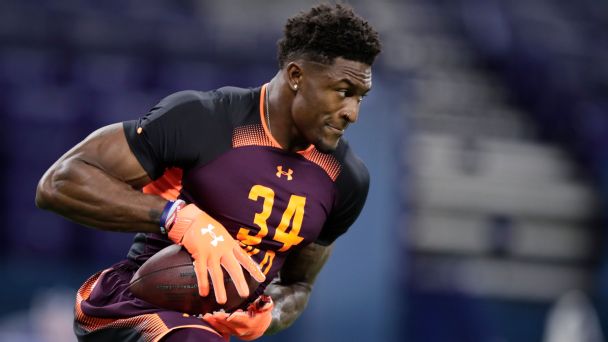 “You have to have the versatility, especially when you’re playing offensive line,” Bradbury said at the combine. “I truly consider myself an interior offensive lineman. Whatever the team needs me to be, that’s what I’m going to be.”

There are, of course, other ways the Vikings can fill holes on the offensive line. Minnesota could opt to go for a tackle at 18 if one of the top prospects is available (though many mocks have Jonah Williams, Jawaan Taylor, Andre Dillard and Cody Ford gone by then), and add him to the mix with O’Neill and Riley Reiff. Or they could move their drafted tackle to guard.

The Vikings could also find what they are looking for on the offensive line in the second and third rounds, much like they did with O’Neill and Elflein in the last two drafts, while addressing other needs with the 18th overall pick. Spielman could also aim to trade back and still get the offensive line help while picking up draft capital.

“I understand where everything is, but I also understand that if we have a guy that we think is a Pro Bowl talent, and for some reason that guy falls to us at 18, how do you not take that player?” Spielman said. “Plus, you have to balance out the depth at each position, too. If there’s a unique situation where a Pro Bowl-caliber player falls to you at 18 and you’re taking a lesser-talent player, I think you’re going to make a mistake.”

The Vikings aren't locked in to taking an offensive lineman at 18, but they'd be hard-pressed to pass up on one of the best prospects at the position if Bradbury is there for the taking.