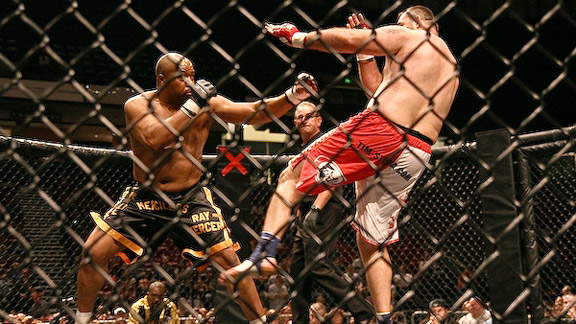 Result? Sylvia got knocked into a previously undiscovered level of Internet infamy, teetering over just nine seconds into the bout. It was said to be MMA, but the event was such a disorganized and confusing mess -- bounced from New Jersey, rules debated, briefly cancelled -- that Sylvia may have thought they were set to play checkers when the bell rang.

You'd better believe Bob Arum, Lou DiBella, Floyd Mayweather, and other contentious boxing investors with an inferiority complex, will be reveling in this for the foreseeable future.