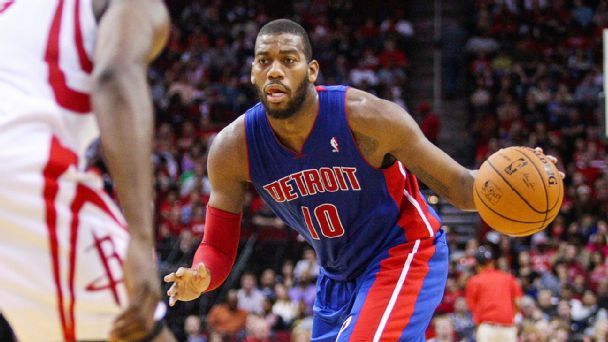 "Monroe, who is from Louisiana, said at his basketball clinic in New Orleans he’s looking for a two-year deal with an opt-out after one season to take advantage of the coming rise of the salary cap. According to the Baton Rouge (La.) Advocate, Monroe will speak with the Knicks, Lakers, Celtics, Bucks, and Blazers with the Pistons out of the picture. Free agency begins Wednesday. 'I’m looking to be with a team that’s ready to win,' Monroe told the newspaper. 'Hopefully it will be a team where I’m the missing piece.' The Celtics, Bucks and Blazers all made the playoffs last season. The Knicks finished 17-65, but will try to convince Monroe he could be the 'missing piece' as team president Phil Jackson, without a center on the roster, is starved for big men. Monroe, who played power forward and center in Detroit, is more an offensive force but is a good rebounder. He averaged 15.9 points and 10.3 rebounds last season in Detroit, where he spent five losing years. Monroe mentioned his hometown New Orleans Pelicans would be a top choice, but they had yet to show interest. 'I’d love to play and represent this city,' he said, adding he could 'complement' Anthony Davis’ game."