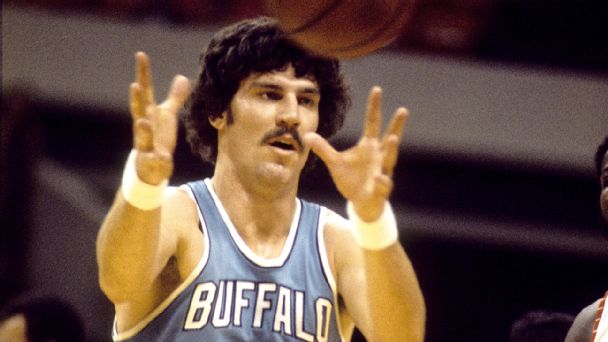 Bob Kauffman, the first All-Star of the Buffalo Braves franchise, passed away peacefully Saturday at age 69.

The Braves acquired Kauffman before the team's inaugural 1970-71 season in Buffalo, where he immediately became a star. The Braves spent eight years in Buffalo before moving to San Diego, and eventually became the Los Angeles Clippers.

Jerry Sullivan of The Buffalo News provides the details of Kauffman's passing:

"Bob Kauffman, who led the Buffalo Braves in scoring and rebounding in the franchise’s inaugural season of 1970-71, died in suburban Atlanta on Saturday night at age 69. Lara Kauffman said her father, who had a history of heart trouble, died peacefully in his sleep Saturday evening in his home in Lilburn, Ga. Kauffman’s death went largely unnoticed in the sports world. But his daughter wanted to make sure the people of Buffalo were aware that the first star in the history of the Braves had passed on. She said Bob’s four years in Buffalo, during which he made three straight NBA all-star teams, were among the best of his life. In his heart, he remained a Buffalo guy to the end. 'My dad left his heart in Buffalo,' said Lara, one of Bob’s four children, all daughters. 'He just loved the fans there. He loved the people. He felt embraced by the community and he felt like he was a part of it all. He wanted to make a difference, and so I think it wasn’t the same before or since, really.'"