FOXBOROUGH, Mass. -- Personable wide receiver Jordan Matthews said he will wear No. 80 with the New England Patriots and that he checked in with Danny Amendola -- who previously had No. 80 -- to make sure he was OK with it.

“He said I could have it. I have a lot of respect for his game,” Matthews told reporters Thursday at Gillette Stadium, where he’s working out in advance of the start of the offseason program on Monday.

“I know what he did here. I don’t think you have to get a number retired and all that stuff to understand you need to have respect for what guys do in a place like this. They call him ‘Danny Playoff,’ and I think he earned that nickname. I just wanted to make sure, ‘Hey, is this cool?’ He said it was.”

Patriots WR Jordan Matthews says he hasn't talked to Tom Brady yet. He calls the competition among the WR group the best thing for everyone. pic.twitter.com/L5ADjrfEly

Matthews and Amendola had met at quarterback Sam Bradford’s wedding and have kept in touch since.

“We were kicking it, had a great time. He’s a real cool dude, gave me a lot of good tidbits, because going into that year, it was going to be my second year with Sam, and he had played a lot with Sam in St. Louis,” Matthews explained. 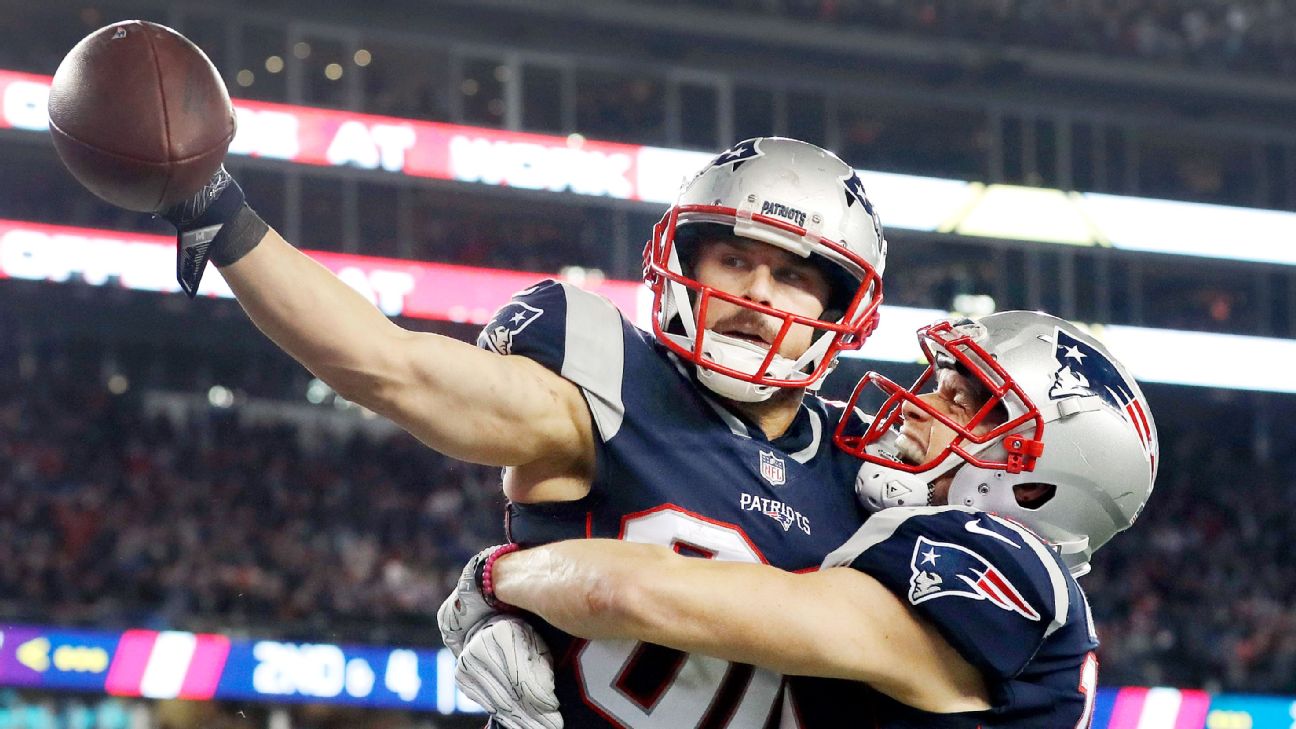 “I think somebody is wearing that. Whoever has that, I could probably fight him, but I heard he was big,” Matthews said with a smile, referring to tight end Rob Gronkowski.

Matthews signed a one-year deal with a base value of $1 million last week, choosing the Patriots after also taking visits with the Green Bay Packers, Arizona Cardinals and Tennessee Titans. He said he chose New England because he viewed it as the best place for him to grow as a player and as a man, pointing out that he was recently married.

"I don't feel like I'm called to be comfortable, and I knew this would be a great place for me to go," he said.

Matthews said he has yet to speak to quarterback Tom Brady but looks forward to playing with him.