FOXBOROUGH, Mass. -- In the wake of a disappointing loss leading into their bye week, New England Patriots quarterback Tom Brady looked ahead with a positive twist.

“The whole season is ahead of us,” he said, which was a reference to having a 7-3 record, one of the best in the NFL, and a two-game lead in the AFC East. “We’ll see what we do with it.”

Patriots players were in for meetings Tuesday, and a practice is scheduled for Wednesday. They want to fine-tune some things and best position themselves for the final six-game stretch of the season. Then the plan is to get away for the bye weekend.

“At this time of year, rest is always a good thing,” coach Bill Belichick said.

Using ESPN’s Football Power Index, the Patriots’ remaining schedule ranks as the second easiest in the NFL, behind the Buffalo Bills.

Reinforcements on the way 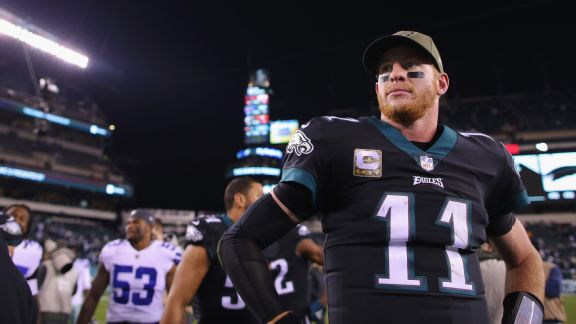 Tight end Rob Gronkowski, who has missed three of the past four games, said before the bye that he’s working to get back to being himself on the field. He was healthy enough to travel to Sunday’s loss, so he shouldn’t be far off from a return.

Furthermore, running back Rex Burkhead is eligible to play against the Vikings after being elevated to practice from the injured-reserve list last week. And rookie cornerback Duke Dawson, the second-round pick from Florida, was moved up to the 53-man roster Tuesday to add another sure-tackling option in sub packages and on special teams.

Of all the areas the coaching staff will assess during the bye, the team’s kickoff coverage is clearly one of the top priorities. Usually a strength, the club ranks last in the NFL, as opponents have an average starting field position of the 27.6 yard line.

Inconsistency in this area, as well as punt coverage (No. 31 ranking), has limited the Patriots from playing complementary football. Furthermore, it has stripped away the possibility of the Patriots consistently imposing their physicality on the opposition, something that has long been a big part of their identity.

That’s a surprise given the financial resources the Patriots pour into special teams.

“We have probably had more breakdowns in that area than what we are used to having in previous years,” Belichick said, when asked specifically about kickoff coverage. “It’s definitely an issue. We’ve got to coach it better. We’ve got to play better. The whole operation has to be better. We have six weeks to get it to a high level and hopefully we’ll be able to do that.”