1. Preserving cap space: In a stunning shift, the Patriots went from having $200,000 in salary-cap space after signing quarterback Cam Newton about one month ago to $25 million when linebacker Dont'a Hightower, right tackle Marcus Cannon and safety Patrick Chung opted out of the 2020 season last week.

Which sparks an obvious question: What might the Patriots do with the extra cash?

Those envisioning a high-money pursuit of free-agent defensive end Jadeveon Clowney might be disappointed, because the most likely answer is that there will be no headline-grabbing moves. 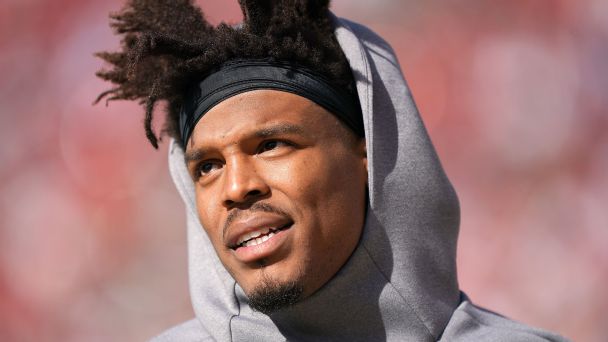 Here's more on the reasons why:

As for Clowney, some question whether he would be a scheme fit in New England, with Michael Lombardi -- the former assistant to the Patriots' coaching staff -- a respected voice in that area.

If Clowney would consider a Newton-type deal to come to New England, maybe that changes things a bit. But there's no indication he would do that, and at this point, no sense the Patriots are in any hurry to aggressively use some of their newfound cap space.

2. Four QBs breaks mold: When the Patriots reported for training camp last year, they knew getting ideal practice repetitions for four quarterbacks was going to be a challenge, so they moved Danny Etling from quarterback to wide receiver. Compare that to this year and how the Patriots signed a fourth quarterback -- undrafted Brian Lewerke -- and it's a reminder of how COVID-19 is changing the traditional way coach Bill Belichick most often constructs his training camp roster. Lewerke might not get many reps in practice, but he's a fourth layer of insurance at the game's most important position. The most recent time the Patriots had four pure quarterbacks at the start of training camp was 2009: Tom Brady, Brian Hoyer, Matt Gutierrez and Kevin O'Connell. Brady, of course, was coming off a torn ACL from the year before.

3. Slater's decision to play: Patriots special-teams captain Matthew Slater's history with asthma, which has been well documented, was naturally on his mind as he considered whether to opt out of the 2020 season. He ultimately decided to play, ensuring that one of the team's top spiritual leaders remains in place in a year when his locker-room presence could be as valuable as ever. If Slater opted out with his medical history in mind, would other players have followed? That's hard to say, as each player's situation is unique.

4. Troy Brown coaching the returners: When Belichick finalized titles on his coaching staff last week, one notable designation was Patriots Hall of Famer Troy Brown having the specific role of kick returners coach (in addition to assistant running backs duties). Brown knows a thing or two about returns; he is the franchise's all-time leader for punt returns (252) and punt-return yardage (2,625).

The NFL's best at every position

Jeremy Fowler polled a panel of more than 50 coaches, execs, scouts and players to come up with top-10 rankings for 2020:

The title piqued the interest of former Patriots special-teams coach Brad Seely (1999-08). "Good for Troy. He's a great person," said Seely, who retired in May after 31 years in the NFL. "Everybody has a guy that kind of coaches the returners, but teams never really label that guy. That's a great thing to do. ... I think that will be a big deal when the season starts. The guys who have naturally talented returners, they're going to have a heck of an advantage over the coverage teams, because the coverage teams won't have practiced much as a group. Where a guy that's talented as a returner, his talent takes over."

5. Patriots and sports betting: There is a notable story off the field that continues to unfold regarding sports betting in the Patriots' home state. The Boston Globe reported on how the Massachusetts Senate kept legal sports betting -- which would create significant revenue for the state -- out of the economic development bill it passed Wednesday. The Massachusetts House of Representatives had passed sports betting language as part of its economic development bill, which included an "integrity" provision that 1% of gross revenue generated by contests held in the state would go to the owner of whichever venue hosts the contest.

Specific to the Patriots, that would benefit owner Robert Kraft. Said a Patriots spokesman when asked by ESPN: "Neither the team nor the league asked for, as suggested, this 'integrity' fee. We're focused more on the fan engagement elements of the bill."

6a. Vitale opt-out in perspective: Of the seven Patriots players to opt out of the 2020 season, I viewed four as locks to make the initial roster -- Hightower, Chung, Cannon and running back/core special-teamer Brandon Bolden. So fullback Danny Vitale and reserve center/guard Najee Toran, from my view, might not have been part of the mix anyway. While the Patriots were looking forward to seeing if Vitale could emerge as the replacement for the retired James Develin, my sense based on conversations with agents around the NFL was that he wasn't their top free-agent target at the position this offseason.

6b. Scarnecchia on opt-outs: Retired Patriots offensive line coach Dante Scarnecchia was a guest on SiriusXM Mad Dog Sports Radio on Saturday, with host Lance Medow, and touched on the Patriots’ high volume of players opting out of the season.

“I took everything that happened with these guys at face value. All these guys are really good guys, intelligent guys, hard-working people. Four of those guys really helped us win a lot of games, had a lot of success,” he said, referencing Hightower, Chung, Cannon and Bolden. “I think everything they’ve done relative to opting out has been with a lot of soul-searching, talking with their families, and coming up with the best decision for them. Even though it is a big hit -- there’s no doubt about it, you’d be crazy to say it was any different – this is a different time we’re in. Yeah, it’s going to hit hard. But knowing Bill and that staff, they’re going to work like crazy to put out the best football team they can. I wouldn’t be really shocked if it [was] a really good football team.”

7a. Watson excited to see Cam: Count retired Patriots tight end Ben Watson among those intrigued by Newton's arrival. Speaking with hosts Bruce Murray and Brady Quinn on SiriusXM NFL Radio about all the changes the Patriots have undergone this year, Watson said: "One thing Coach Belichick always talks about, all the way to my first year here in 2004 to coming back [in 2019], is that there is always change in the league. I'm not sure he realized it would be this much change, but if anybody can deal with change it's the coaches in Foxborough, because it's something they always talk about. With Cam Newton coming in, I'm excited to see him play -- a former MVP who has a lot of talent and is hopefully healthy now. He's a real game-changer.

"That being said, it's a whole new system [to learn]. So going from him all the way down to the last spot on the roster, this is a different look and team. With the Patriots, there's been so much consistency -- especially at the quarterback position -- that it looks really, really strange now."

7b. Measuring Patriots' change: After an offseason of significant free-agent departures, and with four players opting out who had significant roles last season, the Patriots will return 59% of their total snaps from last season, according to ESPN Stats & Information research. That's the second-lowest percentage in the NFL, behind the Panthers (47%). For those who believe continuity will give teams an advantage, the Patriots' challenge is that much tougher.

7c. Scar says Cam has edge: One more leftover from the Scarnecchia interview, on the Patriots’ quarterbacks, as he sees Newton’s arrival altering the outlook.

“I think he has a huge edge, because of what he’s done in the league. The guy was an MVP [in 2015]. We played against him a number of times, have a huge respect for him as a player and leader, and the things he’s done. This guy, from a skill set, a lot different from guys we’ve had in there at quarterback over the years,” he told Medow. “[Jarrett] Stidham has great feet and ability to move and avoid the rush, and create and do a lot of similar things. I don’t think he’s to Cam’s skill set, but this guy is a pretty good player. He also has a tremendous work ethic and he’s a smart guy. I know this, you have to be a smart guy to play quarterback in that system. Having said all that, the cupboard is not half empty by any means. I think there is a lot of enthusiasm. The situation looks a lot different than it did two months ago.”

8a. Media interest is high: Belichick held his first videoconference with Patriots reporters since the NFL draft on Friday, and here's a number that was hard to miss: 87. That was the total count of all who logged in to monitor Belichick's remarks. Wow.

8b. Belichick's sandwich: While there was plenty of football ground to cover with Belichick, the coach cleaned up one loose end from the lighter side: He knows he's going to get roasted by players for a Subway commercial he shot July 14 in which he sat on a park bench eating a sandwich. He said one of the benefits of the commercial is that Subway is supporting initiatives of the Bill Belichick Foundation at a time when it's been challenging for charities to raise funds. One other benefit? "Everybody loves sandwiches," he said with a smile.

9. Chung not thinking retirement: When veteran Patriots cornerback Jason McCourty was asked earlier in the offseason about possibly opting out of the 2020 season, he noted his age (32) and essentially said that if he did, his NFL career would likely be over. The thinking is that it's hard to skip a season at that age and come back one year later. That's precisely what Chung, 32, is hoping to do. "It's not over, it's just postponed a bit," Chung said of his playing career on "CBS This Morning." There have been no such public declarations from Cannon, who is also 32.

10. Did You Know: Chung is the only player in NFL history to begin his career by playing in a playoff game in each of his first 11 seasons (2009-12 with the Patriots, 2013 with the Eagles, 2014-19 with the Patriots). Overall, in terms of consecutive years playing in playoff games, Chung is tied with Brady and Slater for the longest streak at 11 years. Patriots safety Devin McCourty (10) is next on the list.