SALT LAKE CITY -- The trade for DeMarcus Cousins sparked a sense of wonder around the New Orleans Pelicans unlike anything seen since an unexpected charge into the 2015 postseason. Interest peaked to the point that national media in town for All-Star weekend had to stick around to attend Cousins' introductory news conference days later. Instead of keeping an eye on the upcoming draft process, the conversation was suddenly filled with questions about how everything would sort out in the short and long term.

But in the week-plus that followed, the only real question of merit on a day-to-day basis has been rather basic: Can the Pelicans make shots?

Against the Utah Jazz on Monday, the answer emanating from the Pelicans locker room was a quick and decisive no.

New Orleans shot a season-low 35.7 percent from the field and 30.3 percent from 3 while coming a few late makes from a season-low in points in an 88-83 loss in Utah to drop their record to 25-39 overall and 2-5 in the Cousins era.

“Offensively, we were just inept, and when you do that, it’s hard to win,” Pelicans coach Alvin Gentry said. “You’ve got to score baskets.”

The Pelicans have generated plenty of open looks with both Cousins and Anthony Davis occupying so much defensive attention, but they entered Monday’s game shooting 21 percent on “open” 3-point looks, by far the worst in the NBA since the All-Star break, and 30.1 percent from 3 overall, good for second-worst. Solomon Hill and Hollis Thompson, the starting wings and thus the players primarily tasked with spotting up from outside around the Pelicans’ star trio, have shot just 21 percent from 3 in that span.

Jordan Crawford, a career 31 percent 3-point shooter signed to a 10-day contract Monday morning after two-plus years out of the NBA, led the Pelicans in long-range makes, with three.

“I don’t know the reason. We’re just not making shots,” Davis said. “Guys are in the gym every day practicing those shots and making those shots.

“But it’s not disrupting everything else we’re doing. Of course, it helps when we make them. Whoever’s shooting, if they’re open, we tell them to keep shooting. That’s the only way it’s going to help our offense.”

Indeed, the Pelicans weren’t shy about taking them. In a slow-paced grind of a game, New Orleans ended up firing up 33 from deep, by far the most since the Cousins trade. But the Jazz's defense was content to let it go and in turn limited Davis and Cousins to a combined 35 points on 38 percent shooting.

With Jrue Holiday in the midst of one of his worst games of the season (four points on 1-for-9 shooting, four turnovers, three assists) and a roster churning through 10-day pickups to log significant minutes in a playoff chance, Gentry turned to Crawford down the stretch, ultimately playing the 28-year-old 20 minutes in his debut. 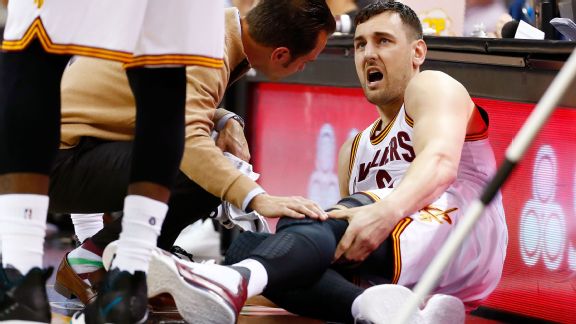 Gentry said the decision to sit Holiday, a player the Pelicans have trumpeted as their third star in a newly formed big three, for the final 17 minutes was a matter of sticking with what was working. Holiday was an active cheerer on the bench during the final period and said he had no issue with the decision.

“Obviously Coach’s decision,” Holiday said. “He probably saw that they were playing really well and brought us back. They played well down the stretch. Whatever it takes to win.”

But the lack of success with perhaps the two best big men in the league paired in the same frontcourt has been jarring, even with most expecting a period of adjustment and acknowledging that the backcourt is a patchwork being built on the fly.

Even after the clear win of obtaining Cousins while giving up so little in long-term assets, the misses that have followed are beginning to be harder and harder to ignore.

“When you don’t make shots, it’s always disruptive,” Gentry said. “When you shoot 30 percent, or whatever the hell we shot, 35 percent, you’re going to have trouble winning games. It doesn’t matter -- outside, inside, whatever -- you’ve got to be able to get the ball in the basket. That’s all.”