The NFL draft stretched three days and took in excess of 13 real-time hours for all the selections to be made. When it all wrapped, there were a total of 256 players selected by the league’s 32 teams.

Then the real chaos ensued. The draft quickly transitioned into undrafted free agency, which in reality was already underway for several hours in a wink-wink underground way that only the NFL can cultivate.

Undrafted free agency is where teams net additional players (the Arizona Cardinals added 24 this year) in hopes of finding the next Kurt Warner, Victor Cruz or Jason Peters. It begins before the draft is finished, and goes crazy immediately after the final selection.

It happens every year. There are significantly more NFL hopefuls than draft picks. This year, 336 players attended the NFL scouting combine alone. Hundreds more worked out across the country in hopes of an opportunity to make a roster. The leftovers from the draft sign as undrafted free agents, receive rookie-minicamp tryouts or are stuck banging on doors for a chance to prove they can play.

Wide receiver Jawill Davis is one of the 11 or so players who will officially sign with the New York Giants as an undrafted free agent when he reports for rookie minicamp Thursday. He will be joined by dozens of rookies, with some veterans sprinkled in on tryouts.

Davis is one of several hundred prospects who waited to hear his name called in Rounds 6 or 7 before finally finding a team as an undrafted free agent around 7 p.m. on Saturday night after Day 3 of the draft, almost 48 hours after the Giants selected Penn State running back Saquon Barkley with their first of six picks.

“It was a frenzy for me. A long process. A long three days,” Davis said in a telephone conversation with ESPN several days after the madness. “The days I was hearing [to be drafted] were Friday and Saturday that I could be going. In the later rounds, a lot of phone calls, a lot of teams expressing they want me to come play for their team.” 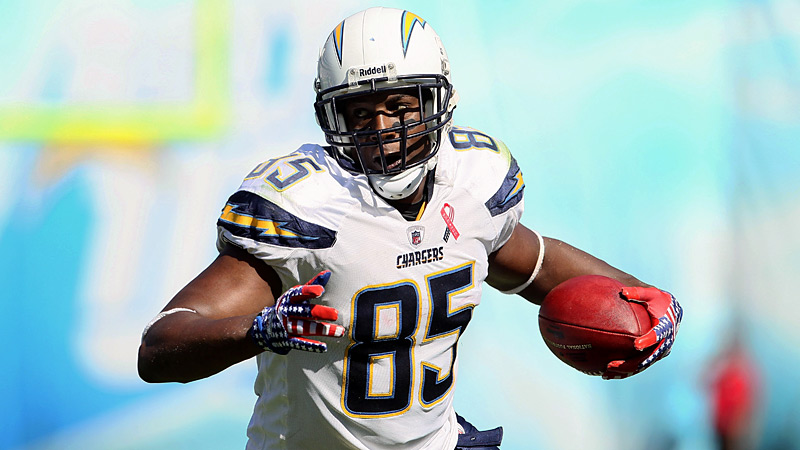 From Antonio Gates to Kurt Warner, we take a look at the best undrafted free agents in the histoy of each team.

Davis played collegiately at the FCS level, for Bethune-Cookman. He caught 36 passes for 475 yards and three touchdowns. The 6-foot, 195-pound receiver ran the 40-yard dash at his pro day in 4.37 seconds.

Davis’ conversations with team personnel led him to believe the Chicago Bears might select him in the seventh and final round of the draft. The Bears took Georgia wide receiver Javon Wims with their final selection (No. 224 overall) instead. It's hardly an uncommon story.

With family at his house eating and waiting to celebrate, Davis was in a similar position to many other draft prospects. He wanted to hear his name called but knew it might not happen. That would leave him in the wild west, trying to figure which team would provide the best fit.

Davis and his agent, Chris Martin of OTG Sports Management, had their phones ringing throughout the sixth and seventh rounds of the draft. In retrospect, it turned out those calls were in preparation for the post-draft madness.

Coaches, scouts, general managers and other team personnel get into the action. It varies by team. Davis was mostly in contact with wide receivers coach Tyke Tolbert in his dealings with the Giants. Tolbert kept calling throughout the later parts of the draft (the Giants didn’t have a pick in the sixth or seventh rounds) to appraise the situation and make their interest known. Davis had also heard from veteran scout Jeremiah Davis throughout the process.

Assistant general manager Kevin Abrams ran the Giants’ post-draft operation this year. It’s a balancing act that can’t satisfy everybody and can affect the number of desirable players added. Unlike the top of the draft, though, it’s no-holds-barred with the undrafteds. They can sign with any team they please.

“We will target certain players that we want and we’re going to do our best to go get them,” Giants general manager Dave Gettleman said. “I told you the Andrew Norwell story, the Philly Brown story, we’ll do that. And that means -- you guys understand you’ve got an undrafted rookie salary cap. You only get X amount of dollars that you can spend. So, we will use that as wisely as we can. So we will target guys.”

Norwell was an undrafted free-agent signing of Gettleman’s in Carolina. He developed into an All-Pro. Brown started some games at wide receiver for the Panthers. They were desirable undrafted free agents for Gettleman, which means they received sizable signing bonuses.

Each team received $103,856 this year to entice undrafted free agents with signing bonuses. They were free to use it as they please once the draft ended. That is when it got hectic.

Davis was among the Giants’ targets. So were Temple safety Sean Chandler (who received a $10,000 signing bonus) and SMU center Evan Brown ($10,000). The Giants had them in their sights and remained in contact late in the draft while other teams were still making picks.

It’s legal. It’s part of the process. It’s the final step, similar to college recruiting at the NFL level.

About 10 days to two weeks before the draft, teams really start working players. They call to ask what they’ve been doing and who they’re talking to. They want to determine which teams might be interested, where they can get the players, when they can get them and how much they can get them for. Information is power when it comes to the NFL draft.

Davis was among the lucky ones. He had upward of 10 teams interested in his services, but after discussions with Martin and a one-on-one with his mother, he made a decision: the Giants. He took into account which teams drafted receivers (the Giants didn’t), their rosters, how much interest the coaching staff had shown throughout the process and what they were saying when they called. Everything mattered.

“We took all that into consideration,” Davis said.

The bonus wasn’t the only factor. It almost always is for players after the draft, especially when dealing with $10,000 here or there. But most understand that taking the most cash could be a shortsighted decision.

More important is the opportunity to make the roster of the team they choose, which in turn would allow them to make significantly more money. It’s why before, during and after the draft, agents and players are analyzing each individual’s situation.

“Trying to line up who has the most interest and who has the best chance to make sure they can stick on a roster,” NFL agent Tyler Glass said.

With three players in the undrafted pool, it made for a crazy few hours and days this weekend at the G3 office.

“That’s what I call the stock room in the '80s,” Glass said. “I have two phones; I have headphones. My brother is helping with calls. My dad is here. It’s a stock room with teams. It’s a madhouse.”

That's typical of the undrafted free-agent process, which often draws criticism even from those inside the league. Hundreds of players agree to contract terms or accept invitations to tryouts in the span of a few hours. There are almost always players who back out of one or the other every year before it’s said and done, which conversely leaves another without a contract or invite. How could it not happen, given the system in place?

Boston College tight end Charlie Callinan originally accepted an invite from the Giants. But when the Buffalo Bills offered a tryout later, he elected to make the switch. Buffalo didn’t draft a tight end and wasn't as deep as the Giants at the position. It was a no-brainer.

And then there are some just agonizing for that call. Safety J.J. Nunes played seven positions in his career in the Valparaiso defense. He has been relentlessly training for the past four months, but his school didn’t have a pro day and he was shut out of several others. He’s still hoping to catch a team's attention and get invited to a tryout.

When the dust settles after the draft, this is only the beginning for players, such as Davis, who didn’t have their name called. After all this, now they have to get on the field and prove they’re worthy of a roster spot. Given the minimal financial investment, nothing is given as undrafted free agent.

“As soon as I land in New Jersey, I’m getting to work. I’m getting into the playbook, grinding from here on and ready to make plays on the field and show my abilities. Show why they like me so much. Just take everything in like a sponge and learn,” Davis said. “I need to prove my big-play ability and my hard work ethic.”

It’s simply the next step in trying to make it in the NFL as an undrafted free agent.