The last time the New York Jets opened a season with a rookie offensive lineman in the starting lineup was 2006. That year, they had two -- center Nick Mangold and left tackle D'Brickashaw Ferguson. Mekhi Becton hopes to break the slump. Two slumps, actually.

"I want to start as a rookie and I want to make the playoffs," Becton said Monday on a video conference call with Jets reporters. "Those would be my rookie goals."

It would be a major upset if Becton, drafted 11th overall, isn't an immediate starter. Thirteen of the 17 tackles picked in the top 11 since 2010 started on opening day, according to Pro Football Reference.

For Becton, the tough part will be making the playoffs, as the Jets are stuck in a nine-year drought. They believe Becton, projected as their left tackle, is a big part of the solution. Of all the players the Jets acquired this offseason, he is without a doubt the one with the most upside.

How quickly he develops will depend on his learning curve. Without a normal offseason because of the coronavirus pandemic, rookies across the league will be in catch-up mode, which could impede their progress. It's part of the new normal in the NFL.

Like his fellow Jets rookies, Becton has been trying to learn online.

"We've been doing a lot of virtual meetings," he said. "I've been seeing their faces, but I haven't talked to any of the vets yet, [a chance] to sit down and know them personally. We've just been doing meetings. The rookies have been doing side meetings on their own with the vets. I've just been studying, doing extra studying with the playbook. That's what I've been getting from it.

"It's definitely been weird, because I can't go on the field and physically walk through the plays so I can get a better understanding of it," Becton added. "That would be the only weird aspect of it." 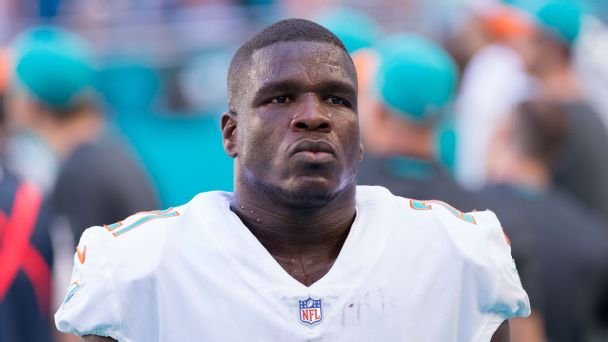 Becton has exchanged text messages with quarterback Sam Darnold and running back Le'Veon Bell, both of whom should benefit from his blocking ability. Texting is nice, but there's no substitute for on-field training, especially for offensive linemen. Their job, more than any other, hinges on chemistry and compatibility. That could hurt Becton, especially as part of a line with so many changes.

The Jets could have four new starters on the line -- Becton and George Fant at tackle, Connor McGovern at center and Greg Van Roten at guard. Van Roten, Alex Lewis and Brian Winters will compete for two guard spots, with Van Roten and Lewis considered the favorites.

Coach Adam Gase has myriad options because most of the linemen can play multiple positions. But make no mistake, the Jets drafted Becton with the idea he will be Darnold's blindside protector for a long time.