FLORHAM PARK, N.J. -- When a team cuts a $13 million-a-year running back in the middle of a season -- a player once regarded as one of the bright, young stars in the NFL -- it creates a lot of ripples.

The New York Jets' decision to release running back Le'Veon Bell was a stunner. Let's take a look at the potential fallout:

Short term: Even though Bell fell short of expectations in New York, he was a popular player in the locker room. When he arrived last year as a ballyhooed free agent, some of his younger teammates said they were starstruck because he had always been one of their favorite players in the Madden video game. 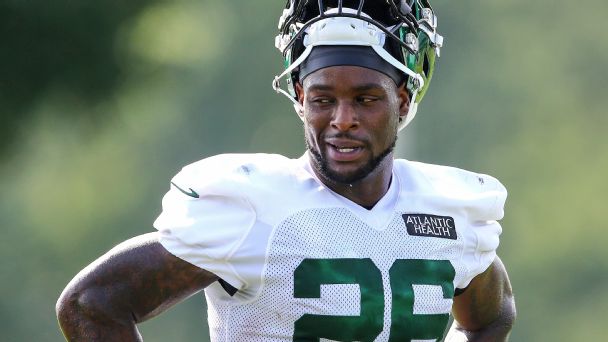 It will be fascinating to see how the Jets respond Sunday (4:05 p.m. ET, CBS) against the Miami Dolphins (2-3). Without question, the Jets' locker room was blindsided by Bell's ouster. This is the kind of move that can galvanize a team or cause it to rebel against the coach. Cynics will say the Jets (0-5) are playing so poorly it will be tough to differentiate between a rebellion and a normal day at the office, but there could be tell-tale signs if the team quits on coach Adam Gase, whose job security is waning.

"He was definitely a special player," Jets tight end Chris Herndon said of Bell. "To see him go, it shocked a lot of us."

Wide receiver Breshad Perriman said he "never anticipated or thought anything like that was coming." Quarterback Sam Darnold professed his faith in Gase and the front office, trusting they did the right thing, but he acknowledged "it definitely hurts us in some ways."

It's not hard to replace 3.9 yards per carry, but Bell was an every-down player who had the versatility to line up anywhere in the formation. Then again, in 17 games with Bell, the Jets averaged 17 points per game.

Biggest beneficiary: By cutting Bell, the Jets eliminated a progress stopper. That's what Bill Parcells used to call a short-term veteran whose presence prevented a young player from seeing game action and developing.

With Bell out of the picture, the Jets can get a good look at rookie La'Mical Perine, a fourth-round pick from Florida who impressed in training camp. Perine, who has rushed 15 times for 56 yards, had no offensive snaps last week, and it's difficult to explain the reasoning. With virtually no shot at the playoffs, the Jets have to start thinking about 2021. In Perine's case, it means determining whether he can play a lead role in the future.

Gase said the plan is to roll with Frank Gore, 37, and Perine. They're also intrigued by Ty Johnson, a 2019 sixth-round Detroit Lions draft pick whom the Jets acquired on waivers.

"Perine's definitely going to get a bigger role," Gase said. "Frank, you're not going to lean on him with as heavy load because of where he is in his career. ... We have a really good idea how many touches is the right amount for him. Getting Perine really involved is going to be critical for us."

Long term: The Jets won't get any salary-cap relief this year -- they will carry a dead charge of $15 million -- but Bell's departure will create more flexibility in 2021. The cap charge will be $4 million in 2021, a savings of $9.5 million. It would have been the same if the Jets had waited until after the season to cut Bell; all they did was get it done earlier than expected.

Bell never -- repeat, never -- was part of New York's plan for the 2021 season. His four-year, $52.5 million contract always was viewed as two years, $27 million, which is the total amount of fully guaranteed money in the deal. Jets general manager Joe Douglas never had any intention of letting a 29-year-old running back (Bell's age by the 2021 season) eat up a huge chunk of the team's cap.

As a result, the Jets are projected to have about $80 million in 2021 cap space, second only to the Jacksonville Jaguars, according to Over the Cap. That is based on a league-wide $176 million cap figure. It can't go any lower than that, and there's a chance it could be higher, depending on how the coronavirus pandemic affects revenues. There's a chance the Jets could exceed $100 million in room, based on unused 2020 cap dollars and projected player cuts.

In other words, the Jets will be in terrific shape to be aggressive in NFL free agency. Douglas curtailed his spending this year, in part, to create a nest egg for the future; a worthy venture given all of the Jets' positions of need.